By Stefania Cristina on August 6, 2021 in Calculus

The Laplace operator was first applied to the study of celestial mechanics, or the motion of objects in outer space, by Pierre-Simon de Laplace, and as such has been named after him.

The Laplace operator has since been used to describe many different phenomena, from electric potentials, to the diffusion equation for heat and fluid flow, and quantum mechanics. It has also been recasted to the discrete space, where it has been used in applications related to image processing and spectral clustering.

In this tutorial, you will discover a gentle introduction to the Laplacian. 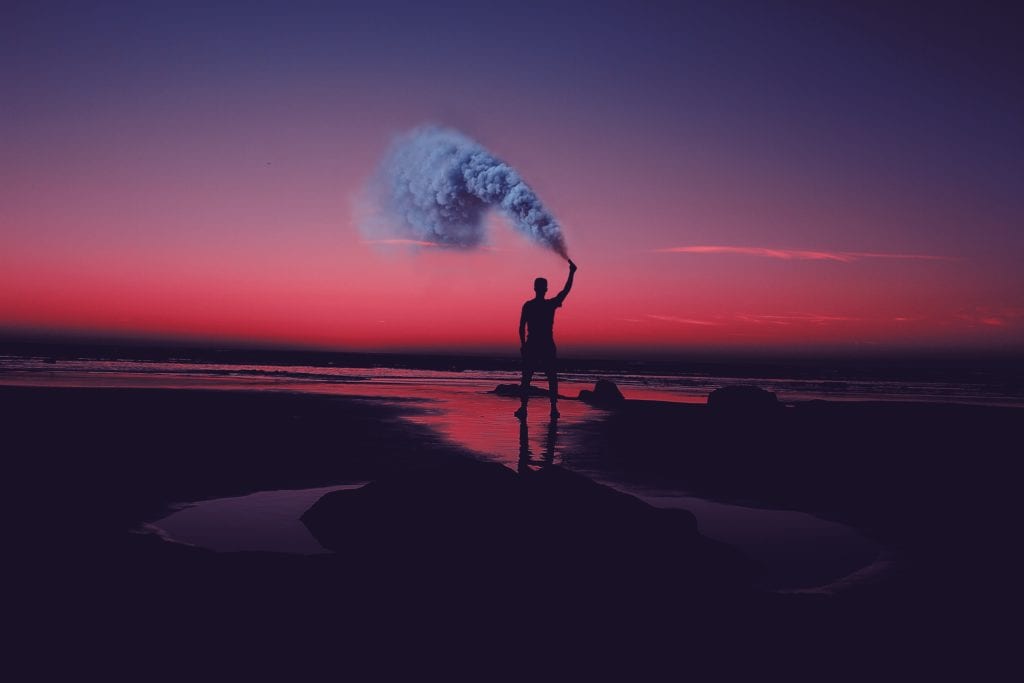 A Gentle Introduction to the Laplacian
Photo by Aziz Acharki, some rights reserved.

The Laplace operator (or Laplacian, as it is often called) is the divergence of the gradient of a function.

In order to comprehend the previous statement better, it is best that we start by understanding the concept of divergence.

The Concept of Divergence

Divergence is a vector operator that operates on a vector field. The latter can be thought of as representing a flow of a liquid or gas, where each vector in the vector field represents a velocity vector of the moving fluid.

Roughly speaking, divergence measures the tendency of the fluid to collect or disperse at a point … Part of the Vector Field of (sin y, cos x)

Let’s return back to the definition of the Laplacian.

Recall that the gradient of a two-dimensional function, f,  is given by:

Then, the Laplacian (that is, the divergence of the gradient) of f can be defined by the sum of unmixed second partial derivatives:

It can, equivalently, be considered as the trace (tr) of the function’s Hessian, H(f). The trace defines the sum of the elements on the main diagonal of a square n×n matrix, which in this case is the Hessian, and also the sum of its eigenvalues. Recall that the Hessian matrix contains the own (or unmixed) second partial derivatives on the diagonal:

An important property of the trace of a matrix is its invariance to a change of basis. We have already defined the Laplacian in Cartesian coordinates. In polar coordinates, we would define it as follows:

The continuous Laplace operator has been used to describe many physical phenomena, such as electric potentials, and the diffusion equation for heat flow.

Analogous to the continuous Laplace operator, is the discrete one, so formulated in order to be applied to a discrete grid of, say, pixel values in an image, or to a graph.

Let’s have a look at how the Laplace operator can be recasted for both applications.

In image processing, the Laplace operator is realized in the form of a digital filter that, when applied to an image, can be used for edge detection. In a sense, we can consider the Laplacian operator used in image processing to, also, provide us with information regarding the manner in which the function curves (or bends) at some particular point, (x, y).

In this case, the discrete Laplacian operator (or filter) is constructed by combining two, one-dimensional second derivative filters, into a single two-dimensional one:

In machine learning, the information provided by the discrete Laplace operator as derived from a graph can be used for the purpose of data clustering.

Consider a graph, G = (V, E), having a finite number of V vertices and E edges. Its Laplacian matrix, L, can be defined in terms of the degree matrix, D, containing information about the connectivity of each vertex, and the adjacency matrix, A, which indicates pairs of vertices that are adjacent in the graph:

Spectral clustering can be carried out by applying some standard clustering method (such as k-means) on the eigenvectors of the Laplacian matrix, hence partitioning the graph nodes (or the data points) into subsets.

One issue that can arise in doing so relates to a problem of scalability with large datasets, where the eigen-decomposition (or the extraction of the eigenvectors) of the Laplacian matrix may be prohibitive. The use of deep learning has been proposed to address this problem, where a deep neural network is trained such that its outputs approximate the eigenvectors of the graph Laplacian. The neural network, in this case, is trained using a constrained optimization approach, to enforce the orthogonality of the network outputs.

In this tutorial, you discovered a gentle introduction to the Laplacian.

4 Responses to A Gentle Introduction to the Laplacian