The measurement of the rate of change is an integral concept in differential calculus, which concerns the mathematics of change and infinitesimals. It allows us to find the relationship between two changing variables and how these affect one another.

The measurement of the rate of change is also essential for machine learning, such as in applying gradient descent as the optimisation algorithm to train a neural network model.

In this tutorial, you will discover the rate of change as one of the key concepts in calculus, and the importance of measuring it. 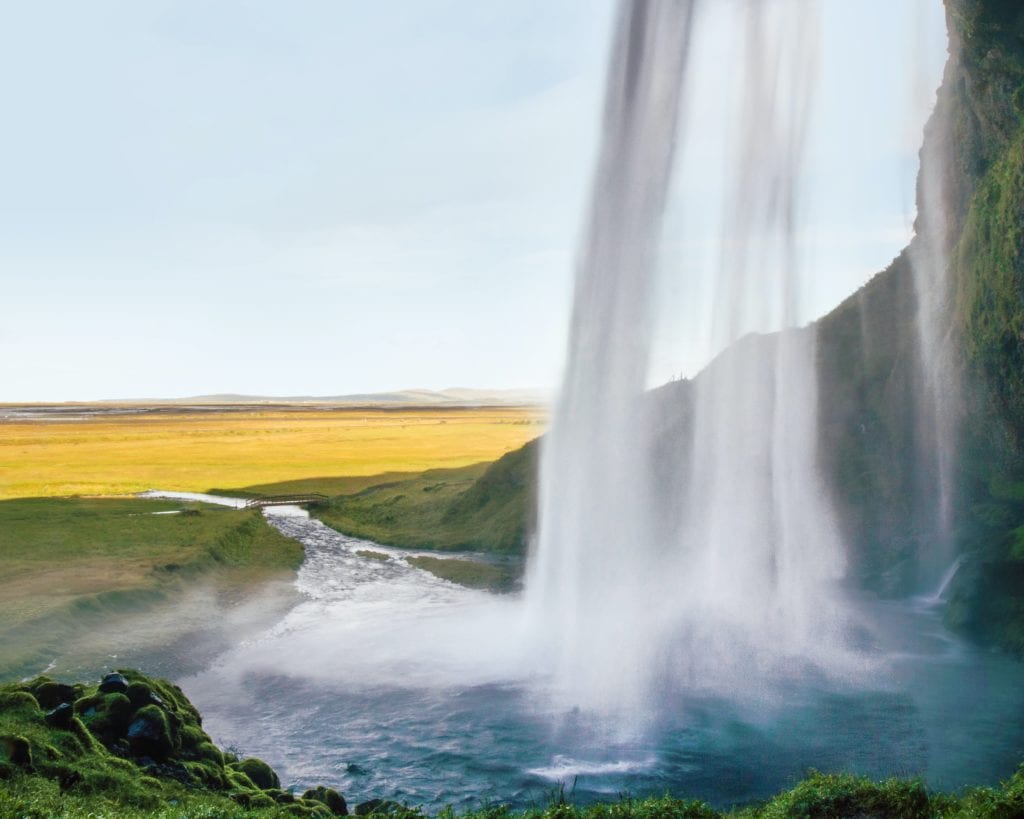 The rate of change defines the relationship of one changing variable with respect to another.

This change in the x and y-directions can be graphed by a straight line on an x–y coordinate  system. 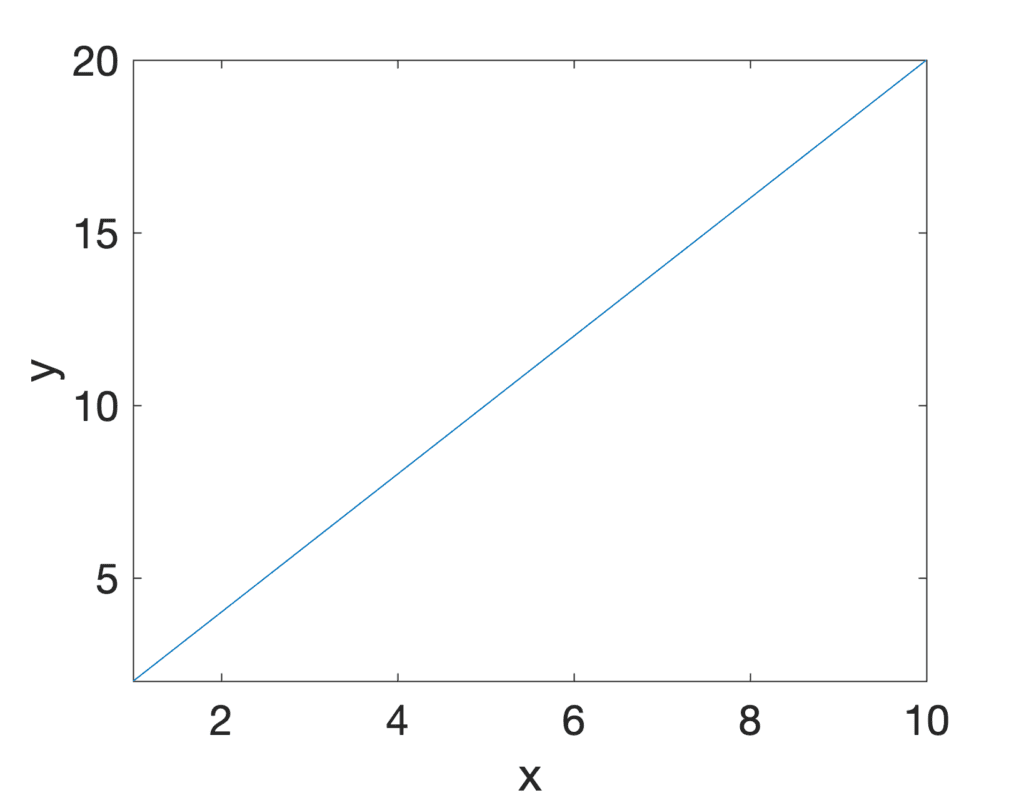 Line Plot of a Linear Function

In this graphical representation of the object’s movement, the rate of change is represented by the slope of the line, or its gradient. Since the line can be seen to rise 2 units for each single unit that it runs to the right, then its rate of change, or its slope, is equal to 2.

Rates and slopes have a simple connection. The previous rate examples can be graphed on an x-y coordinate system, where each rate appears as a slope.

Tying everything together, we see that:

So far, we have considered the simplest example of having a straight line, and hence a linear function, with an unchanging slope. Nonetheless, not all functions are this simple, and if they were, there would be no need for calculus.

Calculus is the mathematics of change, so now is a good time to move on to parabolas, curves with changing slopes.

Let us consider a simple non-linear function, a parabola:

In contrast to the constant slope that characterises a straight line, we may notice how this parabola becomes steeper and steeper as we move rightwards. 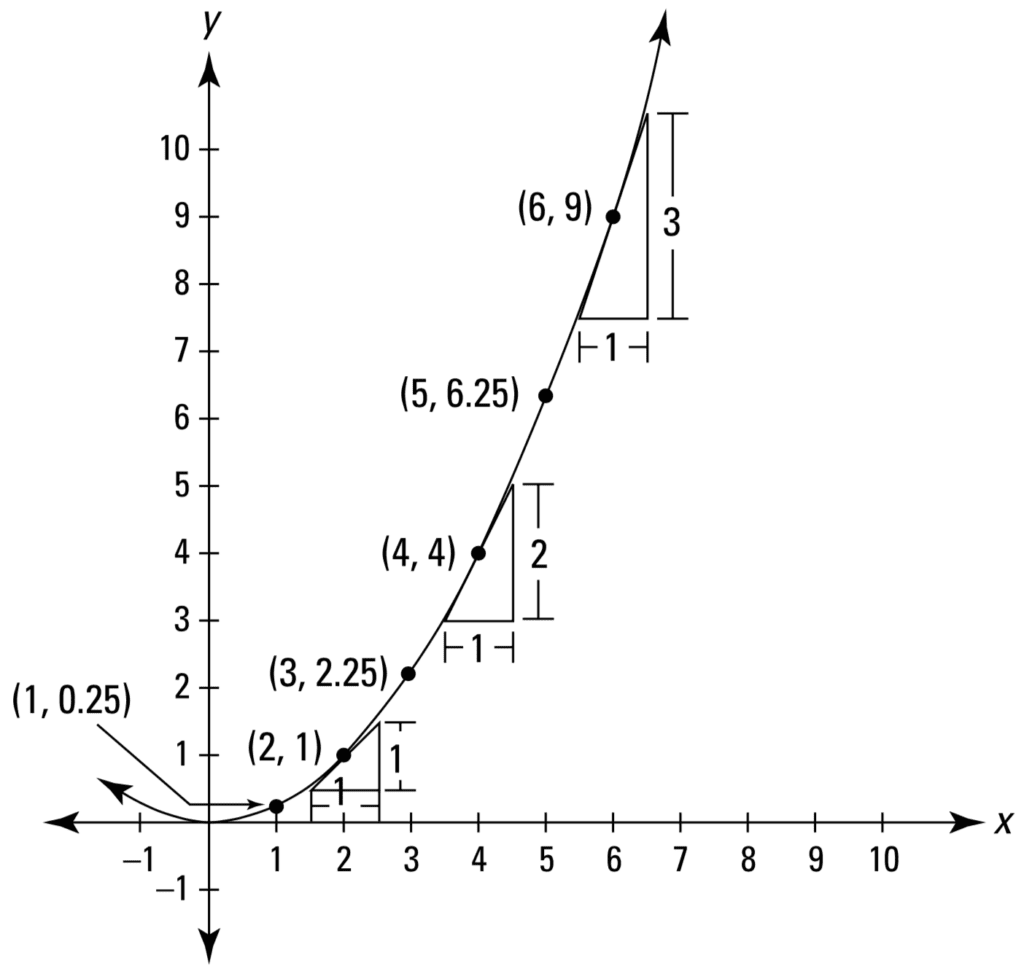 Line Plot of a Parabola
Taken from Calculus Essentials For Dummies

Recall that the method of calculus allows us to analyse a curved shape by cutting it into many infinitesimal straight pieces arranged alongside one another. If we had to consider one of such pieces at some particular point, P, on the curved shape of the parabola, we see that we find ourselves calculating again the rate of change as the slope of a straight line. It is important to keep in mind that the rate of change on a parabola depends on the particular point, P, that we happened to consider in the first place.

For example, if we had to consider the straight line that passes through point, P = (2, 1), we find that the rate of change at this point on the parabola is:

If we had to consider a different point on the same parabola, at P = (6, 9), we find that the rate of change at this point is equal to:

The straight line that touches the curve as some particular point, P, is known as the tangent line, whereas the process of calculating the rate of change of a function is also known as finding its derivative.

A derivative is simply a measure of how much one thing changes compared to another — and that’s a rate.

While we have considered a simple parabola for this example, we may similarly use calculus to analyse more complicated non-linear functions. The concept of computing the instantaneous rate of change at different tangential points on the curve remains the same.

The Importance of Measuring the Rate of Change

We have, thus far, considered the rate of change per unit on the x–y coordinate system.

But a rate can be anything per anything.

Within the context of training a neural network, for instance, we have seen that the error gradient is computed as the change in error with respect to a specific weight in the neural network.

There are many different fields in which the measurement of the rate of change is an important concept too. A few examples are:

In either case, every rate is a derivative, and every derivative is a rate.

In this tutorial, you discovered the rate of change as one of the key concepts in calculus, and the importance of measuring it.

Stefania Cristina, PhD is a Lecturer with the Department of Systems and Control Engineering, at the University of Malta.
View all posts by Stefania Cristina →
What is Calculus?
Calculus in Machine Learning: Why it Works

One Response to Key Concepts in Calculus: Rate of Change