By Jason Brownlee on June 11, 2021 in Optimization

A limitation of gradient descent is that it uses the same step size (learning rate) for each input variable. This can be a problem on objective functions that have different amounts of curvature in different dimensions, and in turn, may require a different sized step to a new point.

In this tutorial, you will discover how to develop the gradient descent with adaptive gradients optimization algorithm from scratch. 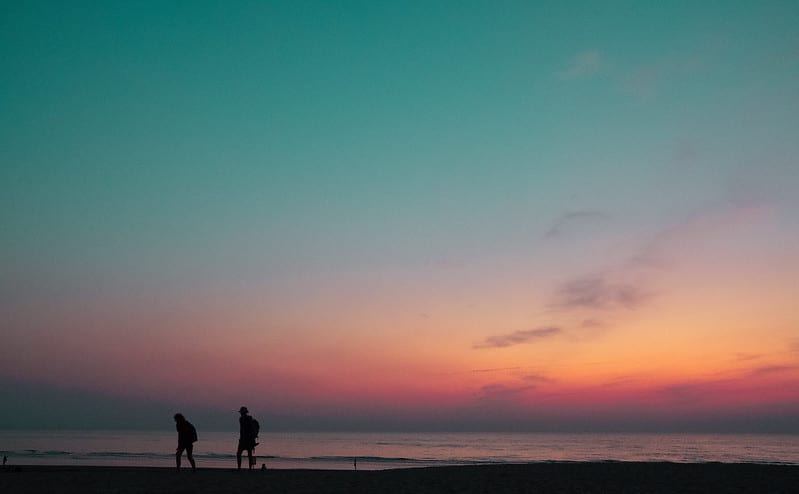 Gradient Descent With AdaGrad From Scratch
Photo by Maurits Verbiest, some rights reserved.

It is technically referred to as a first-order optimization algorithm as it explicitly makes use of the first order derivative of the target objective function.

Now that we are familiar with the gradient descent optimization algorithm, let’s take a look at AdaGrad.

The Adaptive Gradient algorithm, or AdaGrad for short, is an extension to the gradient descent optimization algorithm.

The algorithm was described by John Duchi, et al. in their 2011 paper titled “Adaptive Subgradient Methods for Online Learning and Stochastic Optimization.”

It is designed to accelerate the optimization process, e.g. decrease the number of function evaluations required to reach the optima, or to improve the capability of the optimization algorithm, e.g. result in a better final result.

A problem with the gradient descent algorithm is that the step size (learning rate) is the same for each variable or dimension in the search space. It is possible that better performance can be achieved using a step size that is tailored to each variable, allowing larger movements in dimensions with a consistently steep gradient and smaller movements in dimensions with less steep gradients.

AdaGrad is designed to specifically explore the idea of automatically tailoring the step size for each dimension in the search space.

The adaptive subgradient method, or Adagrad, adapts a learning rate for each component of x

This is achieved by first calculating a step size for a given dimension, then using the calculated step size to make a movement in that dimension using the partial derivative. This process is then repeated for each dimension in the search space.

AdaGrad is suited to objective functions where the curvature of the search space is different in different dimensions, allowing a more effective optimization given the customization of the step size in each dimension.

The algorithm requires that you set an initial step size for all input variables as per normal, such as 0.1 or 0.001, or similar. Although, the benefit of the algorithm is that it is not as sensitive to the initial learning rate as the gradient descent algorithm.

An internal variable is then maintained for each input variable that is the sum of the squared partial derivatives for the input variable observed during the search.

It is possible for the square root of the sum of squared partial derivatives to result in a value of 0.0, resulting in a divide by zero error. Therefore, a tiny value can be added to the denominator to avoid this possibility, such as 1e-8.

The custom step size is then used to calculate the value for the variable in the next point or solution in the search.

This process is then repeated for each input variable until a new point in the search space is created and can be evaluated.

Now that we are familiar with the AdaGrad algorithm, let’s explore how we might implement it and evaluate its performance.

In this section, we will explore how to implement the gradient descent optimization algorithm with adaptive gradients.

The objective() function below implements this function.

Now that we have a test objective function, let’s look at how we might implement the AdaGrad optimization algorithm.

We can apply the gradient descent with adaptive gradient algorithm to the test problem.

Next, we can implement gradient descent with adaptive gradients.

Next, we need to initialize the sum of the squared partial derivatives for each dimension to 0.0 values.

We then need to calculate the square of the partial derivative of each variable and add them to the running sum of these values.

We can then use the sum squared partial derivatives and gradient to calculate the next point.

We will do this one variable at a time, first calculating the step size for the variable, then the new value for the variable. These values are built up in an array until we have a completely new solution that is in the steepest descent direction from the current point using the custom step sizes.

We can tie all of this together into a function named adagrad() that takes the names of the objective function and the derivative function, an array with the bounds of the domain, and hyperparameter values for the total number of algorithm iterations and the initial learning rate, and returns the final solution and its evaluation.

Note: we have intentionally used lists and imperative coding style instead of vectorized operations for readability. Feel free to adapt the implementation to a vectorized implementation with NumPy arrays for better performance.

We can then define our hyperparameters and call the adagrad() function to optimize our test objective function.

In this case, we will use 50 iterations of the algorithm and an initial learning rate of 0.1, both chosen after a little trial and error.

Tying all of this together, the complete example of gradient descent optimization with adaptive gradients is listed below.

Running the example applies the AdaGrad optimization algorithm to our test problem and reports the performance of the search for each iteration of the algorithm.

In this case, we can see that a near-optimal solution was found after perhaps 35 iterations of the search, with input values near 0.0 and 0.0, evaluating to 0.0.

We can plot the progress of the search on a contour plot of the domain.

We must update the adagrad() function to maintain a list of all solutions found during the search, then return this list at the end of the search.

Tying this all together, the complete example of performing the AdaGrad optimization on the test problem and plotting the results on a contour plot is listed below.

Running the example performs the search as before, except in this case, a contour plot of the objective function is created and a white dot is shown for each solution found during the search, starting above the optima and progressively getting closer to the optima at the center of the plot. 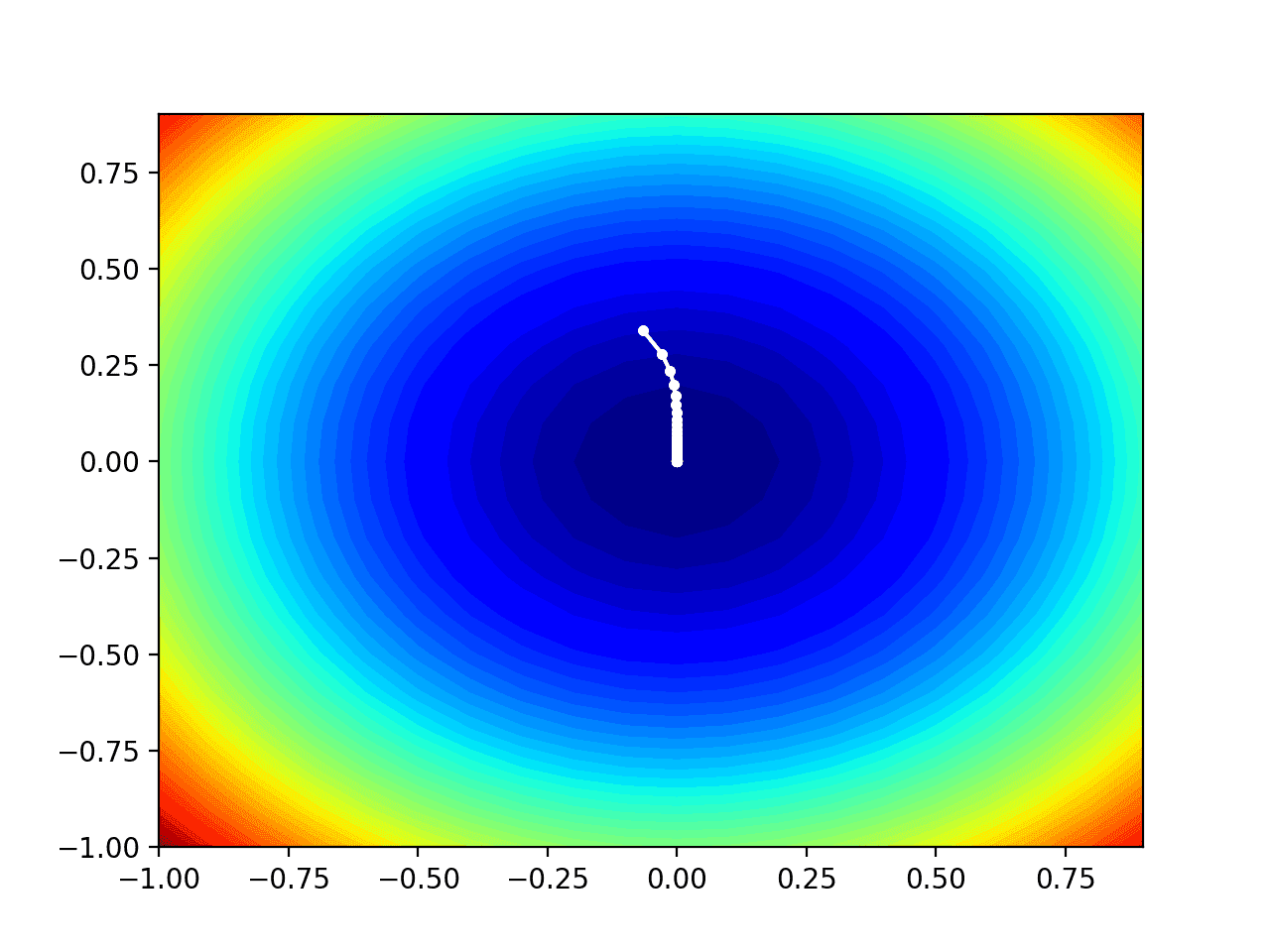 In this tutorial, you discovered how to develop the gradient descent with adaptive gradients optimization algorithm from scratch.