By Jason Brownlee on April 12, 2021 in Optimization

Adadelta can be considered a further extension of gradient descent that builds upon AdaGrad and RMSProp and changes the calculation of the custom step size so that the units are consistent and in turn no longer requires an initial learning rate hyperparameter.

In this tutorial, you will discover how to develop the gradient descent with Adadelta optimization algorithm from scratch. 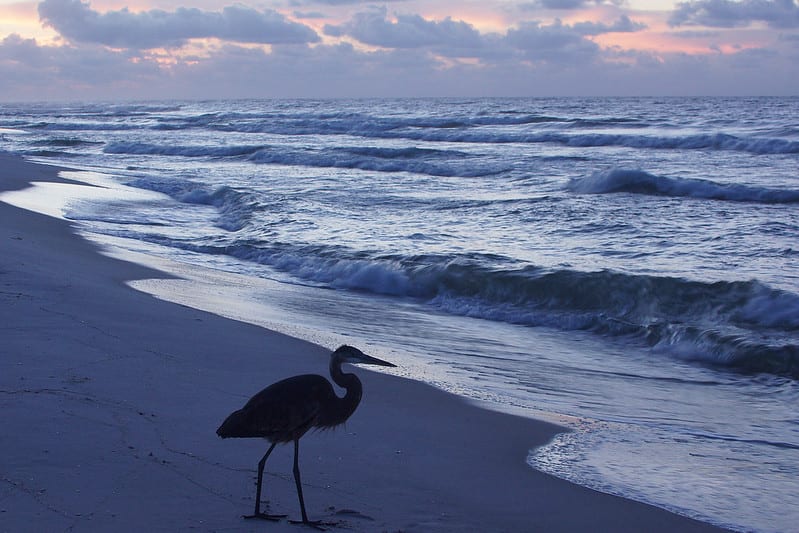 Gradient Descent With Adadelta from Scratch
Photo by Robert Minkler, some rights reserved.

A downhill movement is made by first calculating how far to move in the input space, calculated as the steps size (called alpha or the learning rate) multiplied by the gradient. This is then subtracted from the current point, ensuring we move against the gradient, or down the target function.

Now that we are familiar with the gradient descent optimization algorithm, let’s take a look at Adadelta.

Adadelta (or “ADADELTA”) is an extension to the gradient descent optimization algorithm.

The algorithm was described in the 2012 paper by Matthew Zeiler titled “ADADELTA: An Adaptive Learning Rate Method.”

Adadelta is designed to accelerate the optimization process, e.g. decrease the number of function evaluations required to reach the optima, or to improve the capability of the optimization algorithm, e.g. result in a better final result.

It is best understood as an extension of the AdaGrad and RMSProp algorithms.

The calculation of the custom step size for one parameter with AdaGrad is as follows:

The calculation of the decaying moving average squared partial derivative for one parameter is as follows:

Adadelta is a further extension of RMSProp designed to improve the convergence of the algorithm and to remove the need for a manually specified initial learning rate.

The idea presented in this paper was derived from ADAGRAD in order to improve upon the two main drawbacks of the method: 1) the continual decay of learning rates throughout training, and 2) the need for a manually selected global learning rate.

This choice of numerator was to ensure that both parts of the calculation have the same units.

After independently deriving the RMSProp update, the authors noticed that the units in the update equations for gradient descent, momentum and Adagrad do not match. To fix this, they use an exponentially decaying average of the square updates

Next, the change to the parameter is calculated as the custom step size multiplied by the partial derivative

Next, the decaying average of the squared change to the parameter is updated.

Where delta(t+1) is the decaying average of the change to the variable to be used in the next iteration, change(t+1) was calculated in the step before and rho is a hyperparameter that acts like momentum and has a value like 0.9.

Finally, the new value for the variable is calculated using the change.

This process is then repeated for each variable for the objective function, then the entire process is repeated to navigate the search space for a fixed number of algorithm iterations.

Now that we are familiar with the Adadelta algorithm, let’s explore how we might implement it and evaluate its performance.

In this section, we will explore how to implement the gradient descent optimization algorithm with Adadelta.

Running the example creates a three dimensional surface plot of the objective function.

Now that we have a test objective function, let’s look at how we might implement the Adadelta optimization algorithm.

We can apply the gradient descent with Adadelta to the test problem.

Next, we can implement gradient descent optimization.

Next, we need to initialize the decaying average of the squared partial derivatives and squared change for each dimension to 0.0 values.

We can then use the decaying moving average of the squared partial derivatives and gradient to calculate the step size for the next point. We will do this one variable at a time.

First, we will calculate the custom step size for this variable on this iteration using the decaying moving average of the squared changes and squared partial derivatives, as well as the “ep” hyperparameter.

Next, we can use the custom step size and partial derivative to calculate the change to the variable.

We can then use the change to update the decaying moving average of the squared change using the “rho” hyperparameter.

Finally, we can change the variable and store the result before moving on to the next variable.

We can tie all of this together into a function named adadelta() that takes the names of the objective function and the derivative function, an array with the bounds of the domain and hyperparameter values for the total number of algorithm iterations and rho, and returns the final solution and its evaluation.

The ep hyperparameter can also be taken as an argument, although has a sensible default value of 1e-3.

Note: we have intentionally used lists and imperative coding style instead of vectorized operations for readability. Feel free to adapt the implementation to a vectorization implementation with NumPy arrays for better performance.

We can then define our hyperparameters and call the adadelta() function to optimize our test objective function.

In this case, we will use 120 iterations of the algorithm and a value of 0.99 for the rho hyperparameter, chosen after a little trial and error.

Tying all of this together, the complete example of gradient descent optimization with Adadelta is listed below.

Running the example applies the Adadelta optimization algorithm to our test problem and reports performance of the search for each iteration of the algorithm.

In this case, we can see that a near optimal solution was found after perhaps 105 iterations of the search, with input values near 0.0 and 0.0, evaluating to 0.0.

We can plot the progress of the Adadelta search on a contour plot of the domain.

We must update the adadelta() function to maintain a list of all solutions found during the search, then return this list at the end of the search.

Tying this all together, the complete example of performing the Adadelta optimization on the test problem and plotting the results on a contour plot is listed below. 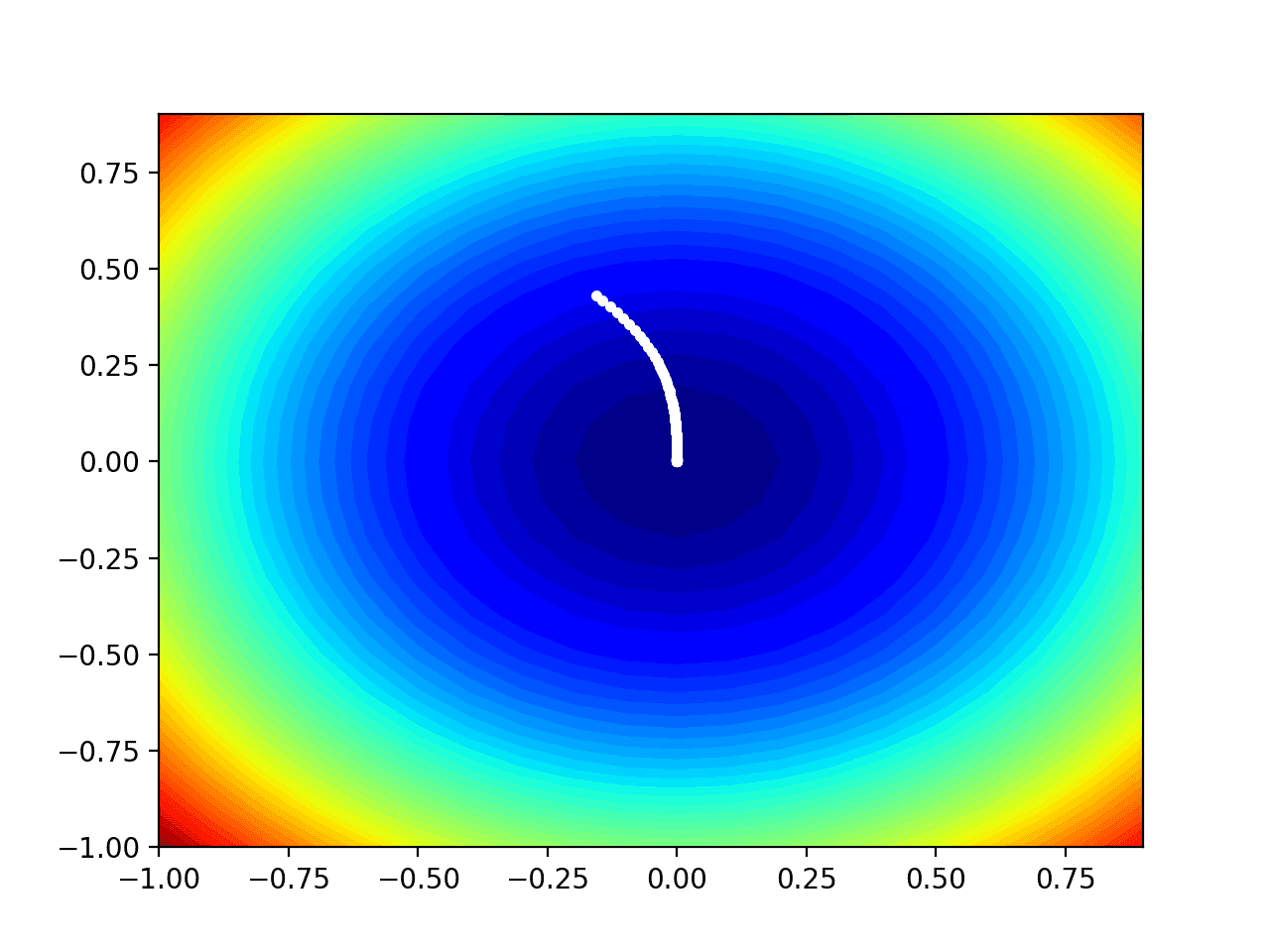 In this tutorial, you discovered how to develop the gradient descent with Adadelta optimization algorithm from scratch.