By Jason Brownlee on June 7, 2021 in Optimization

AdaMax is an extension to the Adam version of gradient descent that generalizes the approach to the infinite norm (max) and may result in a more effective optimization on some problems.

In this tutorial, you will discover how to develop gradient descent optimization with AdaMax from scratch. 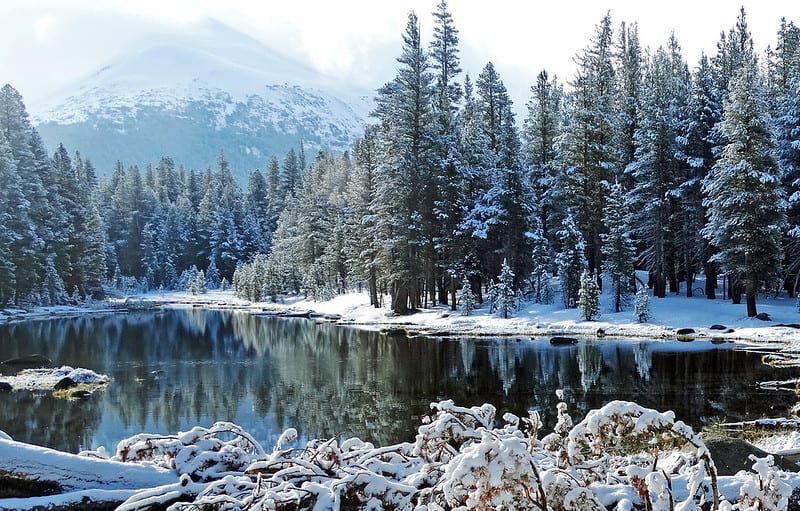 Now that we are familiar with the gradient descent optimization algorithm, let’s take a look at the AdaMax algorithm.

The algorithm was described in the 2014 paper by Diederik Kingma and Jimmy Lei Ba titled “Adam: A Method for Stochastic Optimization.”

In Adam, the update rule for individual weights is to scale their gradients inversely proportional to a (scaled) L^2 norm of their individual current and past gradients

— Adam: A Method for Stochastic Optimization, 2014.

First, we must maintain a moment vector and exponentially weighted infinity norm for each parameter being optimized as part of the search, referred to as m and u respectively.

They are initialized to 0.0 at the start of the search.

First, the gradient (partial derivatives) are calculated for the current time step.

Next, the moment vector is updated using the gradient and a hyperparameter beta1.

Where max() selects the maximum of the parameters and abs() calculates the absolute value.

Let’s start with calculating the step size for the parameter using an initial step size hyperparameter called alpha and a version of beta1 that is decaying over time with a specific value for this time step beta1(t):

The gradient used for updating the parameter is calculated as follows:

Finally, we can calculate the value for the parameter for this iteration.

Or the complete update equation can be stated as:

The decay schedule for beta1(t) suggested in the paper is calculated using the initial beta1 value raised to the power t, although other decay schedules could be used such as holding the value constant or decaying more aggressively.

For the full derivation of the AdaMax algorithm in the context of the Adam algorithm, I recommend reading the paper:

In this section, we will explore how to implement the gradient descent optimization algorithm with AdaMax Momentum.

The objective() function below implements this.

Now that we have a test objective function, let’s look at how we might implement the AdaMax optimization algorithm.

We can apply the gradient descent with AdaMax to the test problem.

Next, we can implement gradient descent optimization with AdaMax.

Next, we need to initialize the moment vector and exponentially weighted infinity norm.

Next, we need to perform the AdaMax update calculations. We will perform these calculations one variable at a time using an imperative programming style for readability.

First, we need to calculate the moment vector.

Next, we need to calculate the exponentially weighted infinity norm.

Then the step size used in the update.

And the change in variable.

Finally, we can calculate the new value for the variable.

We can tie all of this together into a function named adamax() that takes the names of the objective and derivative functions as well as the algorithm hyperparameters and returns the best solution found at the end of the search and its evaluation.

Tying all of this together, the complete example of AdaMax gradient descent applied to our test problem is listed below.

Running the example applies the optimization algorithm with AdaMax to our test problem and reports the performance of the search for each iteration of the algorithm.

In this case, we can see that a near-optimal solution was found after perhaps 35 iterations of the search, with input values near 0.0 and 0.0, evaluating to 0.0.

We can plot the progress of the AdaMax search on a contour plot of the domain.

We must update the adamax() function to maintain a list of all solutions found during the search, then return this list at the end of the search.

Tying this all together, the complete example of performing the AdaMax optimization on the test problem and plotting the results on a contour plot is listed below. 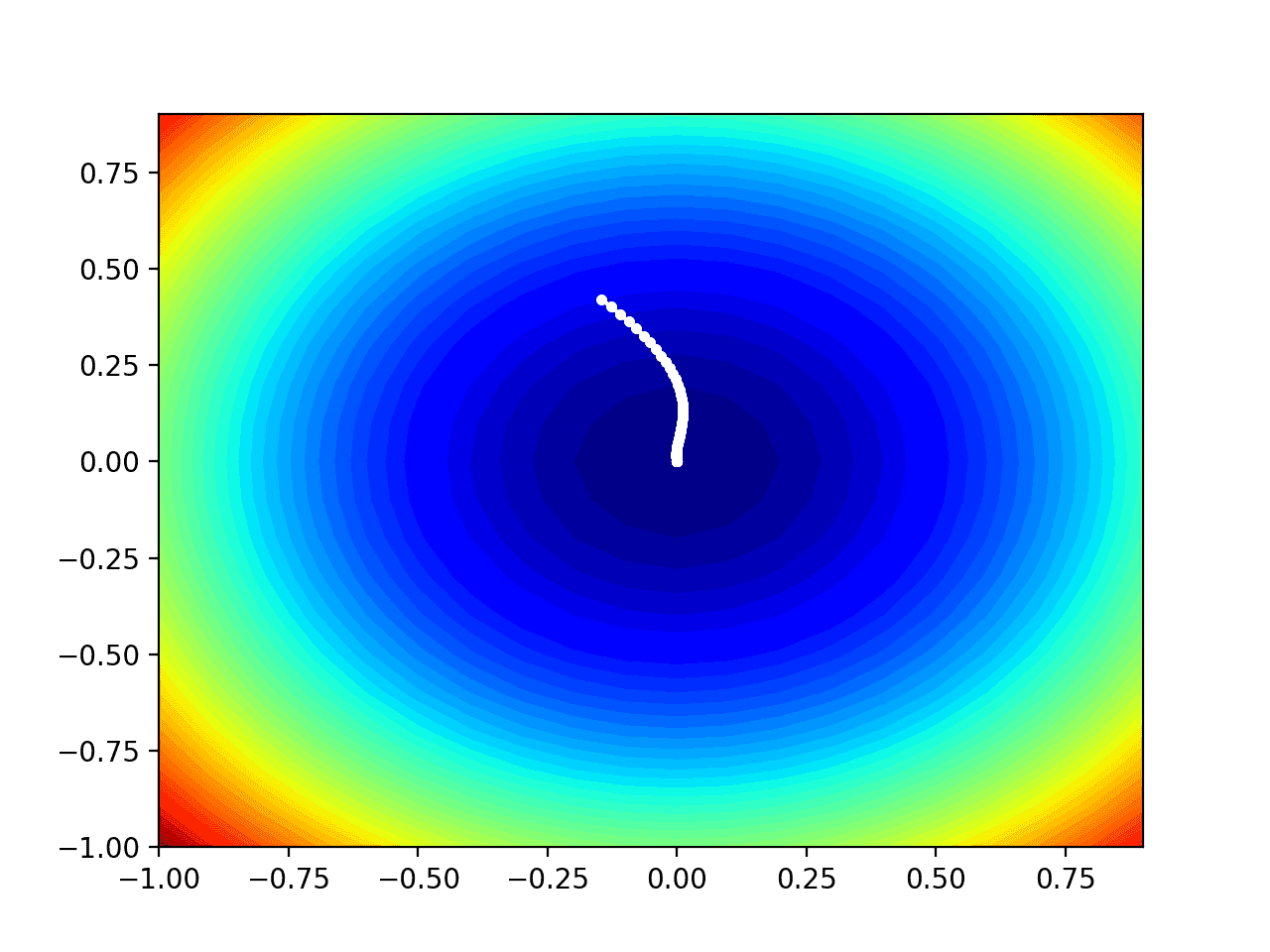 In this tutorial, you discovered how to develop the gradient descent optimization with AdaMax from scratch.

Jason Brownlee, PhD is a machine learning specialist who teaches developers how to get results with modern machine learning methods via hands-on tutorials.
View all posts by Jason Brownlee →
A Gentle Introduction to Premature Convergence
Gradient Descent Optimization With AMSGrad From Scratch

4 Responses to Gradient Descent Optimization With AdaMax From Scratch