A change in the variance or volatility over time can cause problems when modeling time series with classical methods like ARIMA.

The ARCH or Autoregressive Conditional Heteroskedasticity method provides a way to model a change in variance in a time series that is time dependent, such as increasing or decreasing volatility. An extension of this approach named GARCH or Generalized Autoregressive Conditional Heteroskedasticity allows the method to support changes in the time dependent volatility, such as increasing and decreasing volatility in the same series.

In this tutorial, you will discover the ARCH and GARCH models for predicting the variance of a time series. 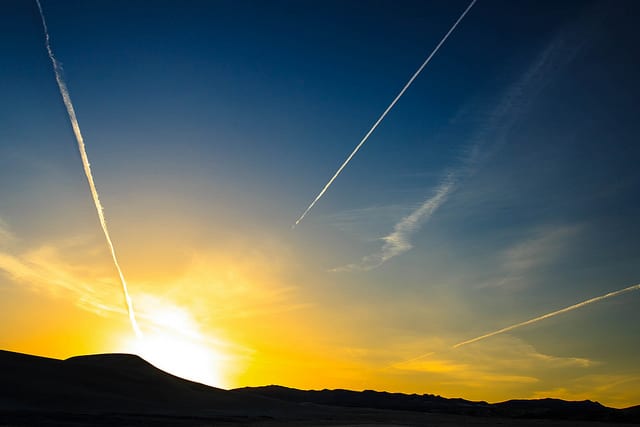 How to Develop ARCH and GARCH Models for Time Series Forecasting in Python
Photo by Murray Foubister, some rights reserved.

Autoregressive models can be developed for univariate time series data that is stationary (AR), has a trend (ARIMA), and has a seasonal component (SARIMA).

One aspect of a univariate time series that these autoregressive models do not model is a change in the variance over time.

Classically, a time series with modest changes in variance can sometimes be adjusted using a power transform, such as by taking the Log or using a Box-Cox transform.

There are some time series where the variance changes consistently over time. In the context of a time series in the financial domain, this would be called increasing and decreasing volatility.

In time series where the variance is increasing in a systematic way, such as an increasing trend, this property of the series is called heteroskedasticity. It’s a fancy word from statistics that means changing or unequal variance across the series.

If the change in variance can be correlated over time, then it can be modeled using an autoregressive process, such as ARCH.

What Is an ARCH Model?

Autoregressive Conditional Heteroskedasticity, or ARCH, is a method that explicitly models the change in variance over time in a time series.

Specifically, an ARCH method models the variance at a time step as a function of the residual errors from a mean process (e.g. a zero mean).

The ARCH process introduced by Engle (1982) explicitly recognizes the difference between the unconditional and the conditional variance allowing the latter to change over time as a function of past errors.

A lag parameter must be specified to define the number of prior residual errors to include in the model. Using the notation of the GARCH model (discussed later), we can refer to this parameter as “q“. Originally, this parameter was called “p“, and is also called “p” in the arch Python package used later in this tutorial.

A generally accepted notation for an ARCH model is to specify the ARCH() function with the q parameter ARCH(q); for example, ARCH(1) would be a first order ARCH model.

The approach expects the series is stationary, other than the change in variance, meaning it does not have a trend or seasonal component. An ARCH model is used to predict the variance at future time steps.

[ARCH] are mean zero, serially uncorrelated processes with nonconstant variances conditional on the past, but constant unconditional variances. For such processes, the recent past gives information about the one-period forecast variance.

– Autoregressive Conditional Heteroscedasticity with Estimates of the Variance of United Kingdom Inflation, 1982.

In practice, this can be used to model the expected variance on the residuals after another autoregressive model has been used, such as an ARMA or similar.

The model should only be applied to a prewhitened residual series {e_t} that is uncorrelated and contains no trends or seasonal changes, such as might be obtained after fitting a satisfactory SARIMA model.

What Is a GARCH Model?

Generalized Autoregressive Conditional Heteroskedasticity, or GARCH, is an extension of the ARCH model that incorporates a moving average component together with the autoregressive component.

Specifically, the model includes lag variance terms (e.g. the observations if modeling the white noise residual errors of another process), together with lag residual errors from a mean process.

The introduction of a moving average component allows the model to both model the conditional change in variance over time as well as changes in the time-dependent variance. Examples include conditional increases and decreases in variance.

As such, the model introduces a new parameter “p” that describes the number of lag variance terms:

A generally accepted notation for a GARCH model is to specify the GARCH() function with the p and q parameters GARCH(p, q); for example GARCH(1, 1) would be a first order GARCH model.

A GARCH model subsumes ARCH models, where a GARCH(0, q) is equivalent to an ARCH(q) model.

As with ARCH, GARCH predicts the future variance and expects that the series is stationary, other than the change in variance, meaning it does not have a trend or seasonal component.

How to Configure ARCH and GARCH Models

The configuration for an ARCH model is best understood in the context of ACF and PACF plots of the variance of the time series.

This can be achieved by subtracting the mean from each observation in the series and squaring the result, or just squaring the observation if you’re already working with white noise residuals from another model.

The ACF and PACF plots can then be interpreted to estimate values for p and q, in a similar way as is done for the ARMA model.

For more information on how to do this, see the post:

ARCH and GARCH Models in Python

In this section, we will look at how we can develop ARCH and GARCH models in Python using the arch library.

First, let’s prepare a dataset we can use for these examples.

We can create a dataset with a controlled model of variance.

The simplest case would be a series of random noise where the mean is zero and the variance starts at 0.0 and steadily increases.

We can achieve this in Python using the gauss() function that generates a Gaussian random number with the specified mean and standard deviation.

We can plot the dataset to get an idea of how the linear change in variance looks. The complete example is listed below.

Running the example creates and plots the dataset. We can see the clear change in variance over the course of the series. 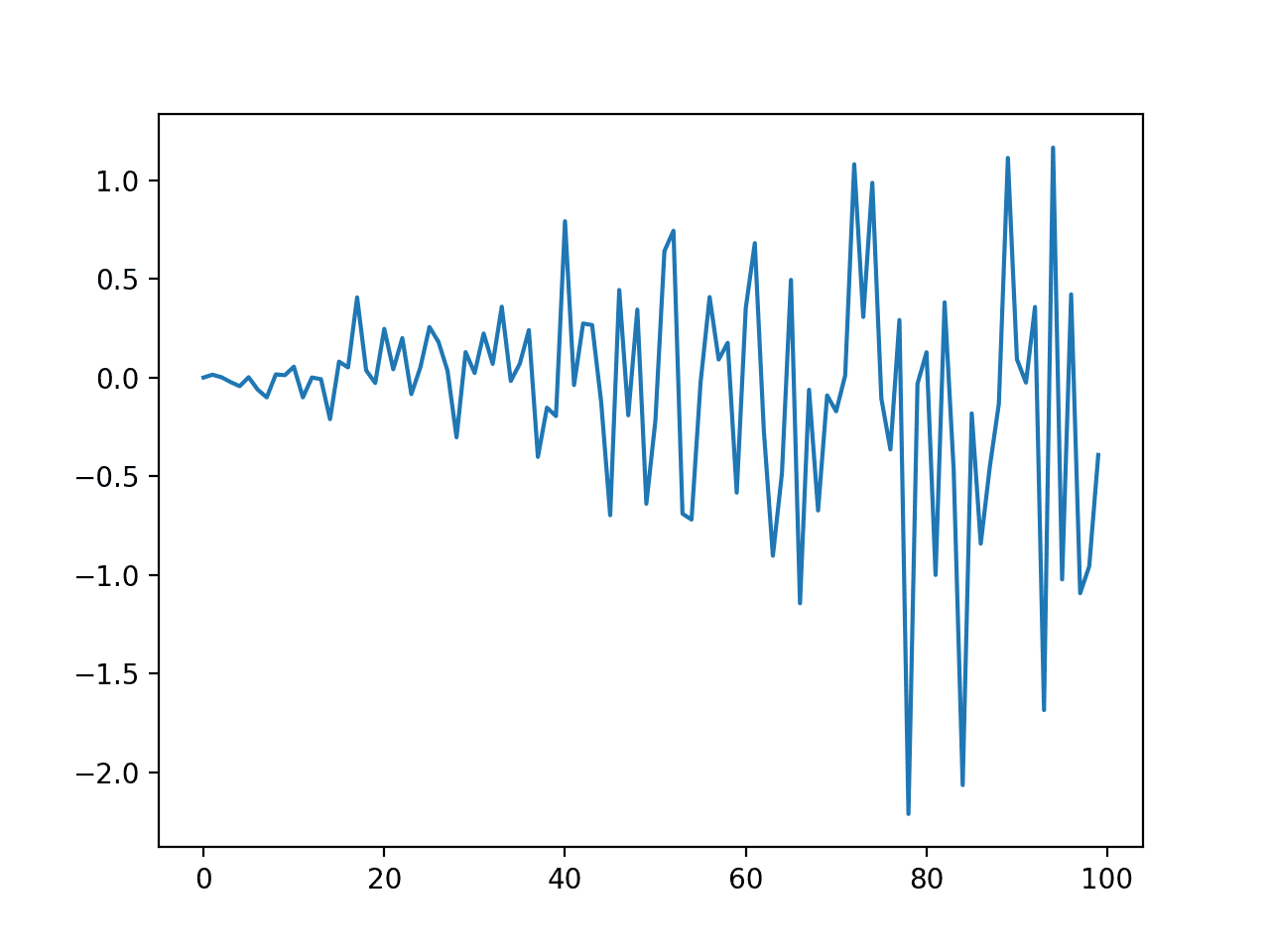 We know there is an autocorrelation in the variance of the contrived dataset.

Nevertheless, we can look at an autocorrelation plot to confirm this expectation. The complete example is listed below.

Running the example creates an autocorrelation plot of the squared observations. We see significant positive correlation in variance out to perhaps 15 lag time steps.

This might make a reasonable value for the parameter in the ARCH model. 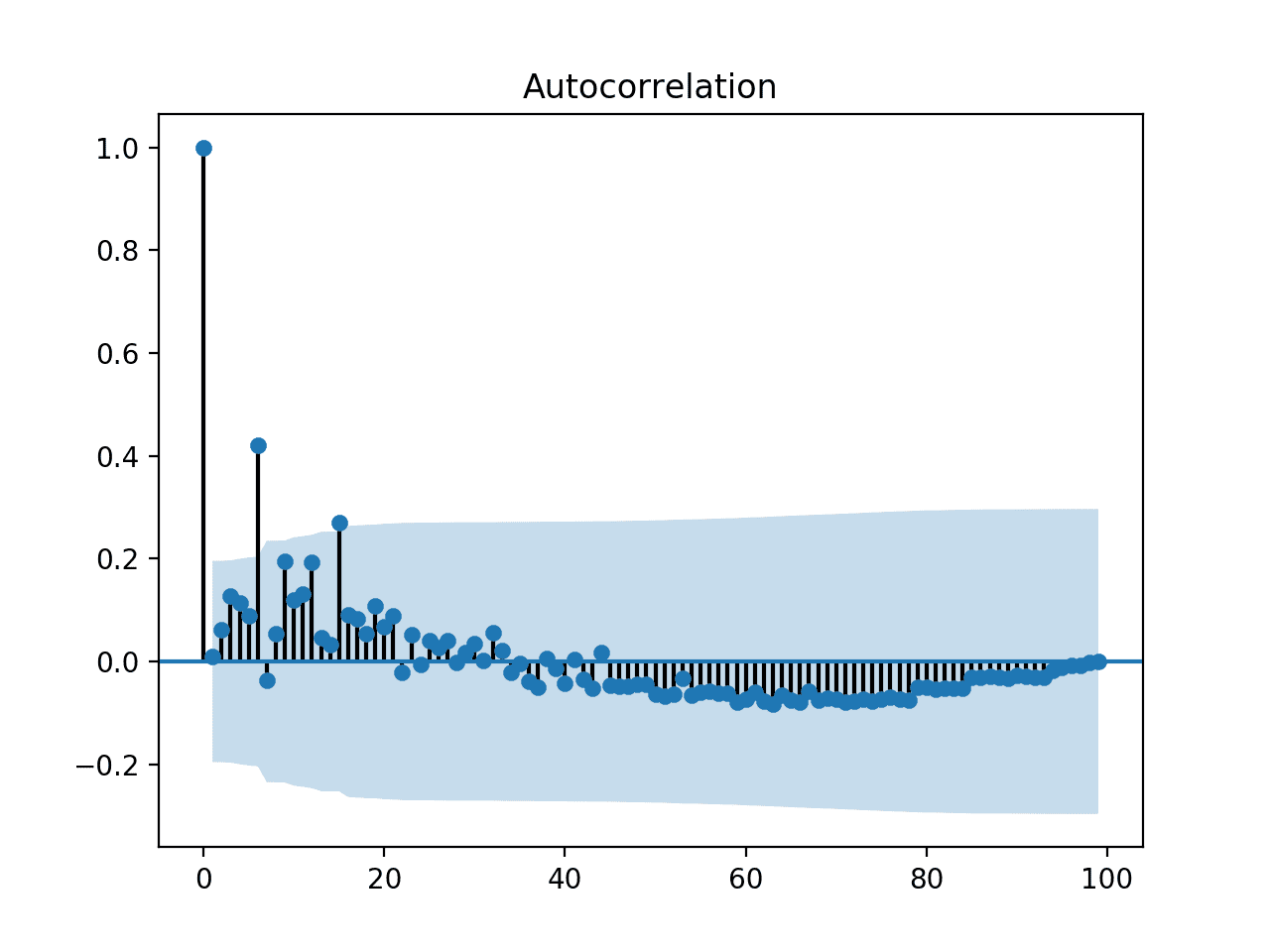 Before fitting and forecasting, we can split the dataset into a train and test set so that we can fit the model on the train and evaluate its performance on the test set.

Note, in the arch library, the names of p and q parameters for ARCH/GARCH have been reversed.

The model can be fit on the data by calling the fit() function. There are many options on this function, although the defaults are good enough for getting started. This will return a fit model.

Finally, we can make a prediction by calling the forecast() function on the fit model. We can specify the horizon for the forecast.

In this case, we will predict the variance for the last 10 time steps of the dataset, and withhold them from the training of the model.

We can tie all of this together; the complete example is listed below.

Running the example defines and fits the model then predicts the variance for the last 10 time steps of the dataset. 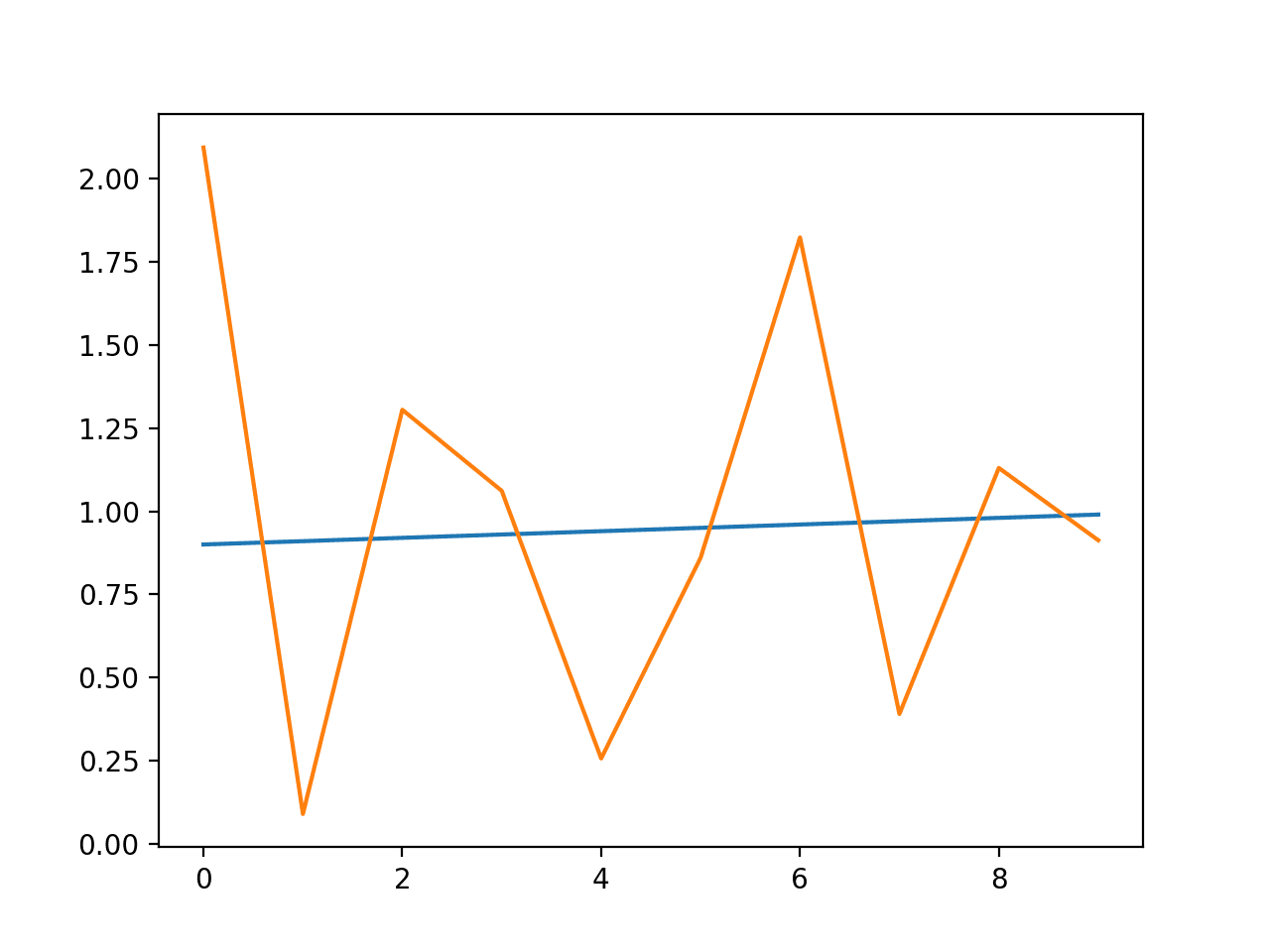 We can fit a GARCH model just as easily using the arch library.

The arch_model() function can specify a GARCH instead of ARCH model vol=’GARCH’ as well as the lag parameters for both.

The dataset may not be a good fit for a GARCH model given the linearly increasing variance, nevertheless, the complete example is listed below.

A plot of the expected and predicted variance is listed below. 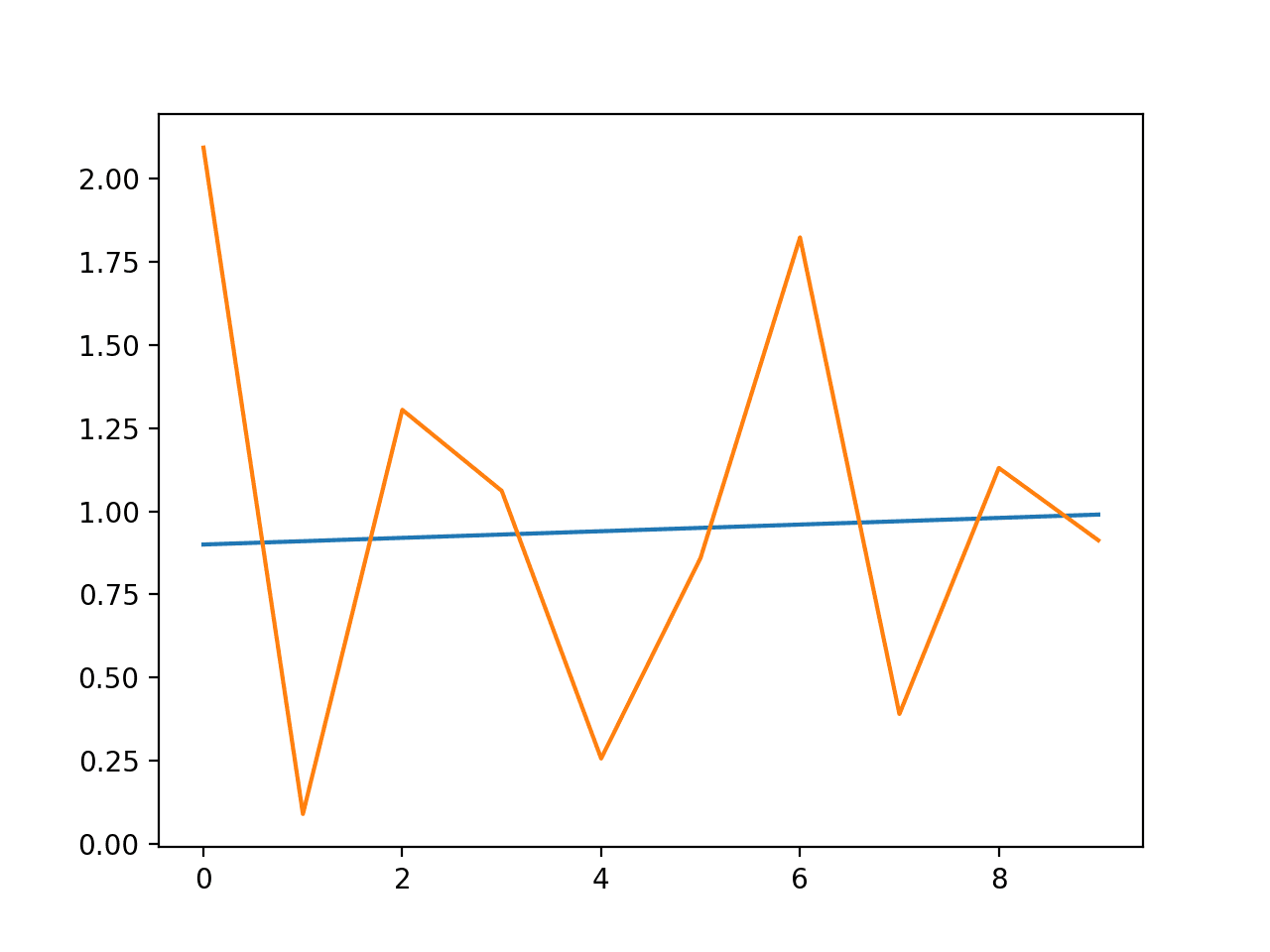 In this tutorial, you discovered the ARCH and GARCH models for predicting the variance of a time series.

Jason Brownlee, PhD is a machine learning specialist who teaches developers how to get results with modern machine learning methods via hands-on tutorials.
View all posts by Jason Brownlee →
4 Common Machine Learning Data Transforms for Time Series Forecasting
Predict Whether a Persons Eyes are Open or Closed Using Brain Waves