By Jason Brownlee on August 14, 2020 in Python Machine Learning

Classification algorithms learn how to assign class labels to examples, although their decisions can appear opaque.

A popular diagnostic for understanding the decisions made by a classification algorithm is the decision surface. This is a plot that shows how a fit machine learning algorithm predicts a coarse grid across the input feature space.

A decision surface plot is a powerful tool for understanding how a given model “sees” the prediction task and how it has decided to divide the input feature space by class label.

In this tutorial, you will discover how to plot a decision surface for a classification machine learning algorithm. 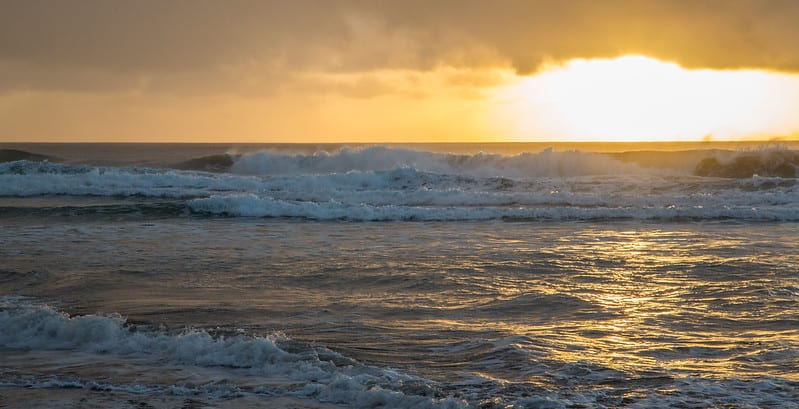 Each point in the space can be assigned a class label. In terms of a two-dimensional feature space, we can think of each point on the planing having a different color, according to their assigned class.

This is a useful geometric understanding of classification predictive modeling. We can take it one step further.

This is called a decision surface or decision boundary, and it provides a diagnostic tool for understanding a model on a classification predictive modeling task.

Although the notion of a “surface” suggests a two-dimensional feature space, the method can be used with feature spaces with more than two dimensions, where a surface is created for each pair of input features.

In this section, we will define a classification task and predictive model to learn the task.

We can then color points in the scatter plot according to their class label as either 0 or 1.

Tying this together, the complete example of defining and plotting a synthetic classification dataset is listed below.

Running the example creates the dataset, then plots the dataset as a scatter plot with points colored by class label.

We can see a clear separation between examples from the two classes and we can imagine how a machine learning model might draw a line to separate the two classes, e.g. perhaps a diagonal line right through the middle of the two groups. We can now fit a model on our dataset.

In this case, we will fit a logistic regression algorithm because we can predict both crisp class labels and probabilities, both of which we can use in our decision surface.

We can define the model, then fit it on the training dataset.

The predictions can be evaluated using classification accuracy.

Tying this together, the complete example of fitting and evaluating a model on the synthetic binary classification dataset is listed below.

Running the example fits the model and makes a prediction for each example.

In this case, we can see that the model achieved a performance of about 97.2 percent.

Now that we have a dataset and model, let’s explore how we can develop a decision surface.

We can create a decision surface by fitting a model on the training dataset, then using the model to make predictions for a grid of values across the input domain.

Once we have the grid of predictions, we can plot the values and their class label.

A scatter plot could be used if a fine enough grid was taken. A better approach is to use a contour plot that can interpolate the colors between the points.

The contourf() Matplotlib function can be used.

This requires a few steps.

First, we need to define a grid of points across the feature space.

To do this, we can find the minimum and maximum values for each feature and expand the grid one step beyond that to ensure the whole feature space is covered.

We can then create a uniform sample across each dimension using the arange() function at a chosen resolution. We will use a resolution of 0.1 in this case.

Now we need to turn this into a grid.

We can use the meshgrid() NumPy function to create a grid from these two vectors.

If the first feature x1 is our x-axis of the feature space, then we need one row of x1 values of the grid for each point on the y-axis.

Similarly, if we take x2 as our y-axis of the feature space, then we need one column of x2 values of the grid for each point on the x-axis.

The meshgrid() function will do this for us, duplicating the rows and columns for us as needed. It returns two grids for the two input vectors. The first grid of x-values and the second of y-values, organized in an appropriately sized grid of rows and columns across the feature space.

We then need to flatten out the grid to create samples that we can feed into the model and make a prediction.

To do this, first, we flatten each grid into a vector.

Then we stack the vectors side by side as columns in an input dataset, e.g. like our original training dataset, but at a much higher resolution.

We can then feed this into our model and get a prediction for each point in the grid.

We have a grid of values across the feature space and the class labels as predicted by our model.

Next, we need to plot the grid of values as a contour plot.

The contourf() function takes separate grids for each axis, just like what was returned from our prior call to meshgrid(). Great!

So we can use xx and yy that we prepared earlier and simply reshape the predictions (yhat) from the model to have the same shape.

We then plot the decision surface with a two-color colormap.

We can then plot the actual points of the dataset over the top to see how well they were separated by the logistic regression decision surface.

The complete example of plotting a decision surface for a logistic regression model on our synthetic binary classification dataset is listed below.

Running the example fits the model and uses it to predict outcomes for the grid of values across the feature space and plots the result as a contour plot.

We can see, as we might have suspected, logistic regression divides the feature space using a straight line. It is a linear model, after all; this is all it can do.

Creating a decision surface is almost like magic. It gives immediate and meaningful insight into how the model has learned the task.

Try it with different algorithms, like an SVM or decision tree.
Post your resulting maps as links in the comments below! Decision Surface for Logistic Regression on a Binary Classification Task

We can add more depth to the decision surface by using the model to predict probabilities instead of class labels.

When plotted, we can see how confident or likely it is that each point in the feature space belongs to each of the class labels, as seen by the model.

We can use a different color map that has gradations, and show a legend so we can interpret the colors.

The complete example of creating a decision surface using probabilities is listed below.

Running the example predicts the probability of class membership for each point on the grid across the feature space and plots the result.

Together, the crisp class and probability decision surfaces are powerful diagnostic tools for understanding your model and how it divides the feature space for your predictive modeling task. In this tutorial, you discovered how to plot a decision surface for a classification machine learning algorithm.

Jason Brownlee, PhD is a machine learning specialist who teaches developers how to get results with modern machine learning methods via hands-on tutorials.
View all posts by Jason Brownlee →
A Gentle Introduction to Computational Learning Theory
Why Do I Get Different Results Each Time in Machine Learning?