By Jason Brownlee on October 7, 2020 in Python Machine Learning

In this tutorial, you will discover how to develop Elastic Net regularized regression in Python. 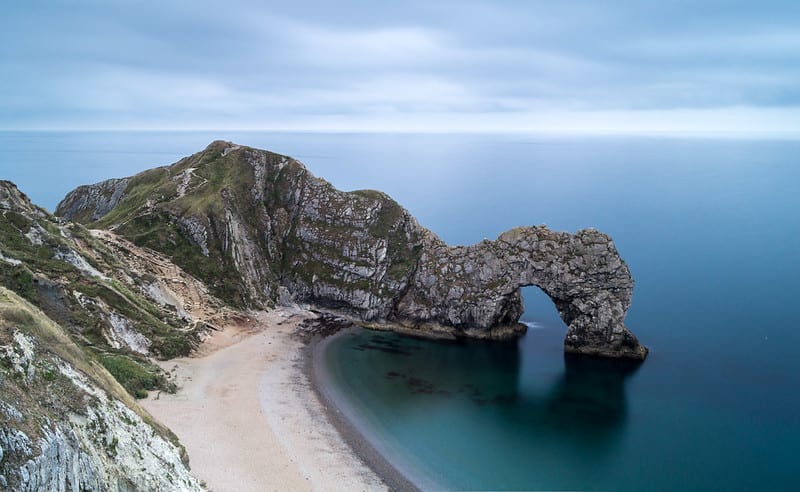 How to Develop Elastic Net Regression Models in Python
Photo by Phil Dolby, some rights reserved.

A problem with linear regression is that estimated coefficients of the model can become large, making the model sensitive to inputs and possibly unstable. This is particularly true for problems with few observations (samples) or more samples (n) than input predictors (p) or variables (so-called p >> n problems).

One popular penalty is to penalize a model based on the sum of the squared coefficient values. This is called an L2 penalty. An L2 penalty minimizes the size of all coefficients, although it prevents any coefficients from being removed from the model.

Another popular penalty is to penalize a model based on the sum of the absolute coefficient values. This is called the L1 penalty. An L1 penalty minimizes the size of all coefficients and allows some coefficients to be minimized to the value zero, which removes the predictor from the model.

Elastic net is a penalized linear regression model that includes both the L1 and L2 penalties during training.

The parameter alpha determines the mix of the penalties, and is often pre-chosen on qualitative grounds.

The benefit is that elastic net allows a balance of both penalties, which can result in better performance than a model with either one or the other penalty on some problems.

Another hyperparameter is provided called “lambda” that controls the weighting of the sum of both penalties to the loss function. A default value of 1.0 is used to use the fully weighted penalty; a value of 0 excludes the penalty. Very small values of lambada, such as 1e-3 or smaller, are common.

Now that we are familiar with elastic net penalized regression, let’s look at a worked example.

In this section, we will demonstrate how to use the Elastic Net regression algorithm.

Running the example confirms the 506 rows of data and 13 input variables and a single numeric target variable (14 in total).

We can also see that all input variables are numeric.

The scikit-learn Python machine learning library provides an implementation of the Elastic Net penalized regression algorithm via the ElasticNet class.

We can evaluate the Elastic Net model on the housing dataset using repeated 10-fold cross-validation and report the average mean absolute error (MAE) on the dataset.

Running the example evaluates the Elastic Net algorithm on the housing dataset and reports the average MAE across the three repeats of 10-fold cross-validation.

In this case, we can see that the model achieved a MAE of about 3.682.

We may decide to use the Elastic Net as our final model and make predictions on new data.

How do we know that the default hyperparameters of alpha=1.0 and l1_ratio=0.5 are any good for our dataset?

Instead, it is good practice to test a suite of different configurations and discover what works best.

One approach would be to gird search l1_ratio values between 0 and 1 with a 0.1 or 0.01 separation and alpha values from perhaps 1e-5 to 100 on a log-10 scale and discover what works best for a dataset.

You might see some warnings that can be safely ignored, such as:

In this case, we can see that we achieved slightly better results than the default 3.378 vs. 3.682. Ignore the sign; the library makes the MAE negative for optimization purposes.

We can see that the model assigned an alpha weight of 0.01 to the penalty and focuses exclusively on the L2 penalty.

The scikit-learn library also provides a built-in version of the algorithm that automatically finds good hyperparameters via the ElasticNetCV class.

To use this class, it is first fit on the dataset, then used to make a prediction. It will automatically find appropriate hyperparameters.

By default, the model will test 100 alpha values and use a default ratio. We can specify our own lists of values to test via the “l1_ratio” and “alphas” arguments, as we did with the manual grid search.

Again, you might see some warnings that can be safely ignored, such as:

In this case, we can see that an alpha of 0.0 was chosen, removing both penalties from the loss function.

This is different from what we found via our manual grid search, perhaps due to the systematic way in which configurations were searched or selected.

In this tutorial, you discovered how to develop Elastic Net regularized regression in Python.