By Jason Brownlee on September 18, 2020 in Python Machine Learning

In this tutorial, you will discover how to use top open-source AutoML libraries for scikit-learn in Python. 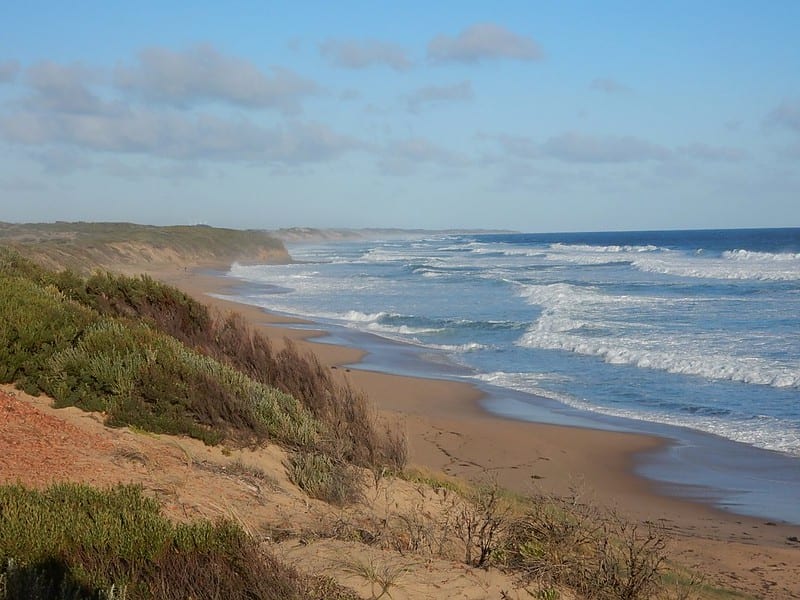 It refers to techniques that allow semi-sophisticated machine learning practitioners and non-experts to discover a good predictive model pipeline for their machine learning task quickly, with very little intervention other than providing a dataset.

… the user simply provides data, and the AutoML system automatically determines the approach that performs best for this particular application. Thereby, AutoML makes state-of-the-art machine learning approaches accessible to domain scientists who are interested in applying machine learning but do not have the resources to learn about the technologies behind it in detail.

Central to the approach is defining a large hierarchical optimization problem that involves identifying data transforms and the machine learning models themselves, in addition to the hyperparameters for the models.

Many companies now offer AutoML as a service, where a dataset is uploaded and a model pipeline can be downloaded or hosted and used via web service (i.e. MLaaS). Popular examples include service offerings from Google, Microsoft, and Amazon.

Additionally, open-source libraries are available that implement AutoML techniques, focusing on the specific data transforms, models, and hyperparameters used in the search space and the types of algorithms used to navigate or optimize the search space of possibilities, with versions of Bayesian Optimization being the most common.

There are many open-source AutoML libraries, although, in this tutorial, we will focus on the best-of-breed libraries that can be used in conjunction with the popular scikit-learn Python machine learning library.

Did I miss your favorite AutoML library for scikit-learn?
Let me know in the comments below.

We will take a closer look at each, providing the basis for you to evaluate and consider which library might be appropriate for your project.

It was developed by Matthias Feurer, et al. and described in their 2015 paper titled “Efficient and Robust Automated Machine Learning.”

The first step is to install the Auto-Sklearn library, which can be achieved using pip, as follows:

Once installed, we can import the library and print the version number to confirm it was installed successfully:

Next, we can demonstrate using Auto-Sklearn on a synthetic classification task.

We can define an AutoSklearnClassifier class that controls the search and configure it to run for two minutes (120 seconds) and kill any single model that takes more than 30 seconds to evaluate. At the end of the run, we can report the statistics of the search and evaluate the best performing model on a holdout dataset.

Running the example will take about two minutes, given the hard limit we imposed on the run.

At the end of the run, a summary is printed showing that 599 models were evaluated and the estimated performance of the final model was 95.6 percent.

We then evaluate the model on the holdout dataset and see that a classification accuracy of 97 percent was achieved, which is reasonably skillful.

For more on the Auto-Sklearn library, see:

Tree-based Pipeline Optimization Tool, or TPOT for short, is a Python library for automated machine learning.

TPOT uses a tree-based structure to represent a model pipeline for a predictive modeling problem, including data preparation and modeling algorithms, and model hyperparameters.

The first step is to install the TPOT library, which can be achieved using pip, as follows:

Once installed, we can import the library and print the version number to confirm it was installed successfully:

Next, we can demonstrate using TPOT on a synthetic classification task.

This involves configuring a TPOTClassifier instance with the population size and number of generations for the evolutionary search, as well as the cross-validation procedure and metric used to evaluate models. The algorithm will then run the search procedure and save the best discovered model pipeline to file.

Running the example may take a few minutes, and you will see a progress bar on the command line.

The accuracy of top-performing models will be reported along the way.

Your specific results will vary given the stochastic nature of the search procedure.

In this case, we can see that the top-performing pipeline achieved the mean accuracy of about 92.6 percent.

The top-performing pipeline is then saved to a file named “tpot_best_model.py“.

Opening this file, you can see that there is some generic code for loading a dataset and fitting the pipeline. An example is listed below.

You can then retrieve the code for creating the model pipeline and integrate it into your project.

For more on TPOT, see the following resources:

HyperOpt is an open-source Python library for Bayesian optimization developed by James Bergstra.

It is designed for large-scale optimization for models with hundreds of parameters and allows the optimization procedure to be scaled across multiple cores and multiple machines.

HyperOpt-Sklearn wraps the HyperOpt library and allows for the automatic search of data preparation methods, machine learning algorithms, and model hyperparameters for classification and regression tasks.

… we introduce Hyperopt-Sklearn: a project that brings the benefits of automatic algorithm configuration to users of Python and scikit-learn. Hyperopt-Sklearn uses Hyperopt to describe a search space over possible configurations of Scikit-Learn components, including preprocessing and classification modules.

The first step is to install the HyperOpt library.

This can be achieved using the pip package manager as follows:

Next, we must install the HyperOpt-Sklearn library.

This too can be installed using pip, although we must perform this operation manually by cloning the repository and running the installation from the local files, as follows:

We can confirm that the installation was successful by checking the version number with the following command:

This will summarize the installed version of HyperOpt-Sklearn, confirming that a modern version is being used.

Next, we can demonstrate using Hyperopt-Sklearn on a synthetic classification task.

We can configure a HyperoptEstimator instance that runs the search, including the classifiers to consider in the search space, the pre-processing steps, and the search algorithm to use. In this case, we will use TPE, or Tree of Parzen Estimators, and perform 50 evaluations.

At the end of the search, the best performing model pipeline is evaluated and summarized.

Running the example may take a few minutes.

The progress of the search will be reported and you will see some warnings that you can safely ignore.

At the end of the run, the best-performing model is evaluated on the holdout dataset and the Pipeline discovered is printed for later use.

Your specific results may differ given the stochastic nature of the learning algorithm and search process. Try running the example a few times.

In this case, we can see that the chosen model achieved an accuracy of about 84.8 percent on the holdout test set. The Pipeline involves a SGDClassifier model with no pre-processing.

The printed model can then be used directly, e.g. the code copy-pasted into another project.

For more on Hyperopt-Sklearn, see:

In this tutorial, you discovered how to use top open-source AutoML libraries for scikit-learn in Python.