The derivative defines the rate at which one variable changes with respect to another.

It is an important concept that comes in extremely useful in many applications: in everyday life, the derivative can tell you at which speed you are driving, or help you predict fluctuations on the stock market; in machine learning, derivatives are important for function optimization.

This tutorial will explore different applications of derivatives, starting with the more familiar ones before moving to machine learning. We will be taking a closer look at what the derivatives tell us about the different functions we are studying.

In this tutorial, you will discover different applications of derivatives. 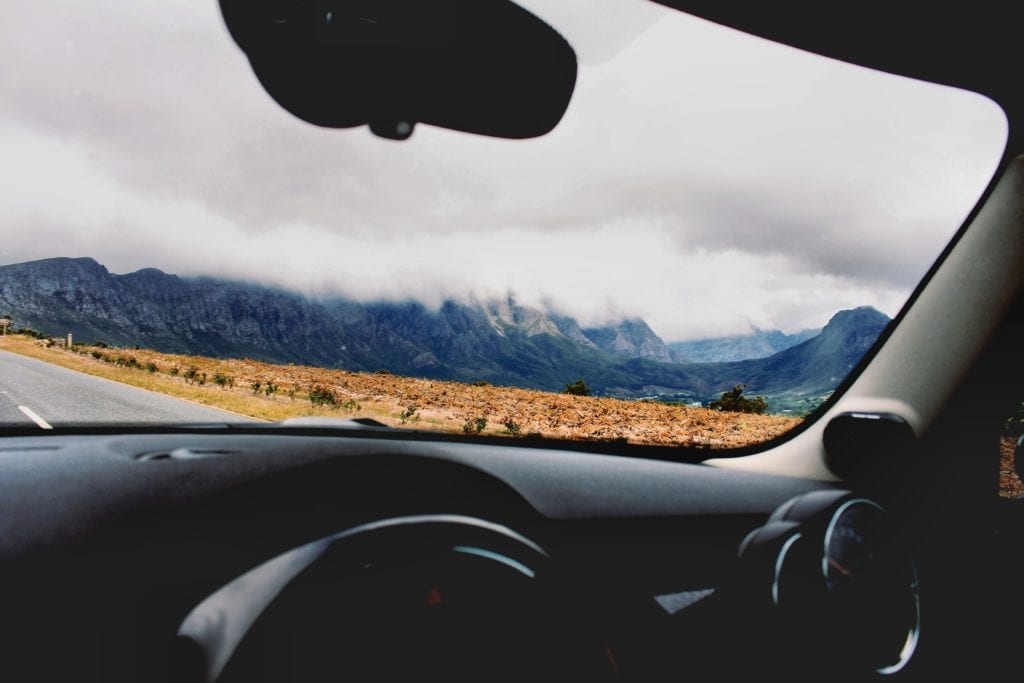 Applications of Derivatives in Real-Life

We have seen that derivatives model rates of change.

Derivatives answer questions like “How fast?” “How steep?” and “How sensitive?” These are all questions about rates of change in one form or another.

Let’s start off with one of the most familiar applications of derivatives that we can find around us.

Every time you get in your car, you witness differentiation.

When we say that a car is moving at 100 kilometers an hour, we would have just stated its rate of change. The common term that we often use is speed or velocity, although it would be best that we first distinguish between the two.

In everyday life, we often use speed and velocity interchangeably if we are describing the rate of change of a moving object. However, this in not mathematically correct because speed is always positive, whereas velocity introduces a notion of direction and, hence, can exhibit both positive and negative values. Hence, in the ensuing explanation, we shall consider velocity as the more technical concept, defined as:

This means that velocity gives the change in the car’s position, 𝛿y, within an interval of time, 𝛿t. In other words, velocity is the first derivative of position with respect to time.

The car’s velocity can remain constant, such as if the car keeps on travelling at 100 kilometers an hour consistently, or it can also change as a function of time. In case of the latter, this means that the velocity function itself is changing as a function of time, or in simpler terms, the car can be said to be accelerating. Acceleration is defined as the first derivative of velocity, v, and the second derivative of position, y, with respect to time:

We can graph the position, velocity and acceleration curves to visualize them better. Suppose that the car’s position, as a function of time, is given by y(t) = t3 – 8t2 + 40t: 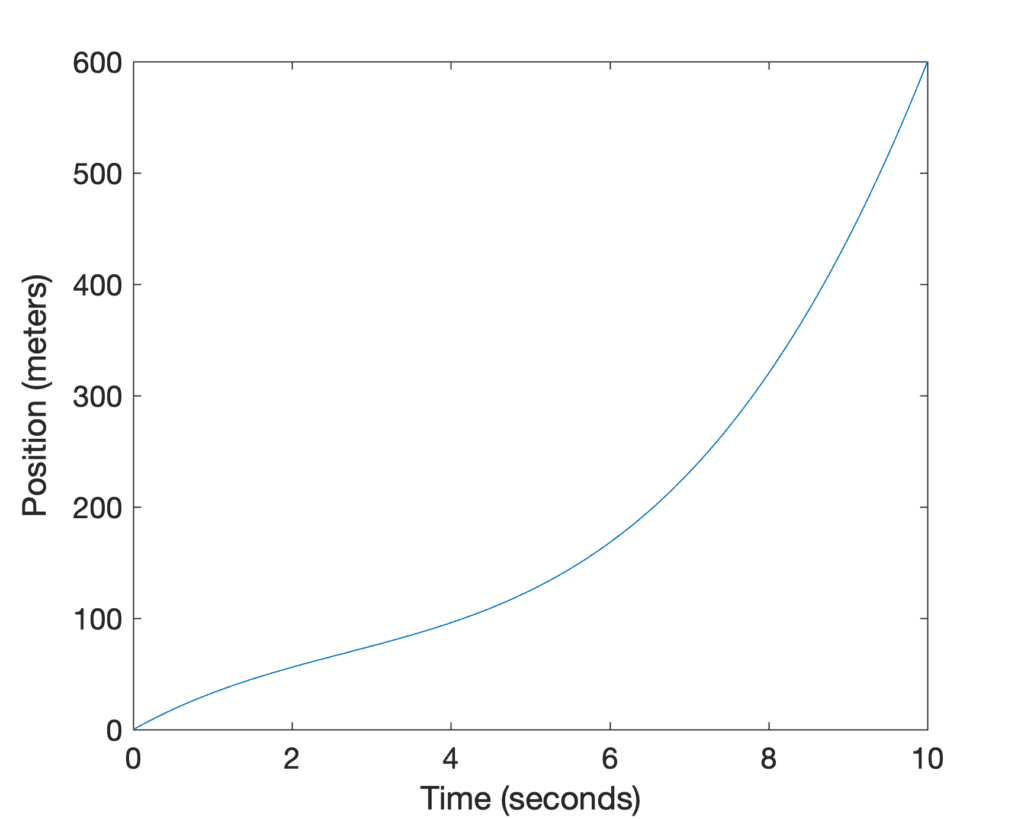 Line Plot of the Car’s Position Against Time

The graph indicates that the car’s position changes slowly at the beginning of the journey, slowing down slightly until around t = 2.7s, at which point its rate of change picks up and continues increasing until the end of the journey. This is depicted by the graph of the car’s velocity: 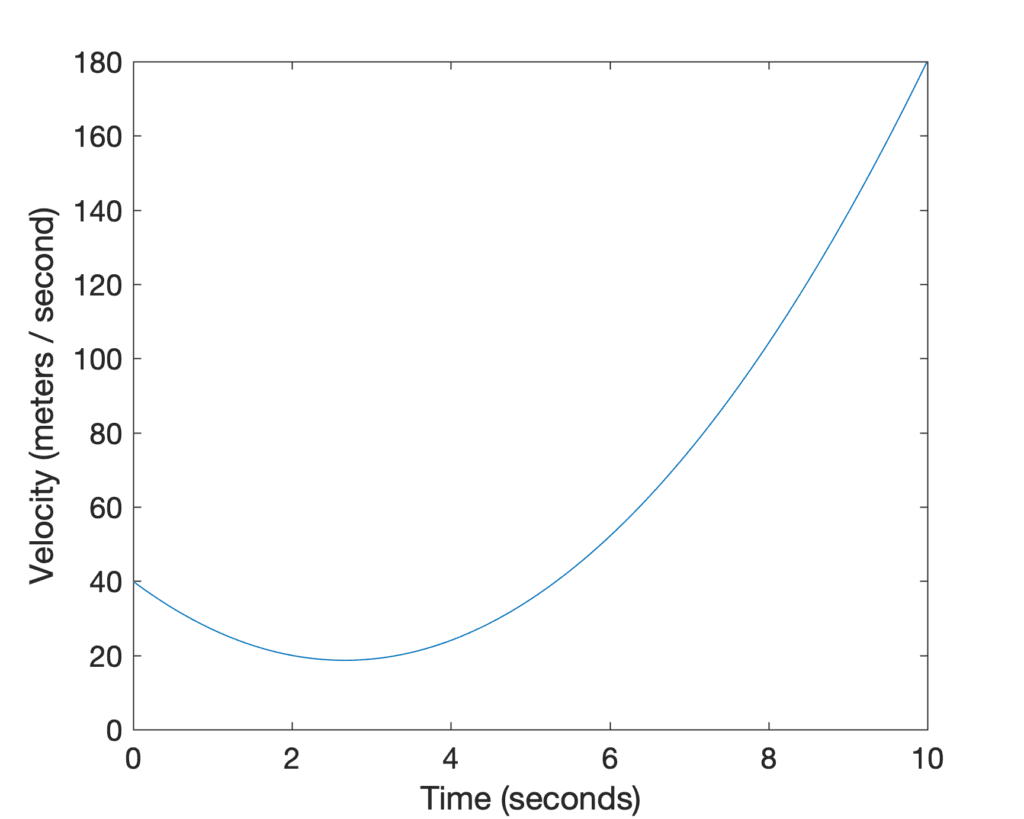 Line Plot of the Car’s Velocity Against Time

Notice that the car retains a positive velocity throughout the journey, and this is because it never changes direction. Hence, if we had to imagine ourselves sitting in this moving car, the speedometer would be showing us the values that we have just plotted on the velocity graph (since the velocity remains positive throughout, otherwise we would have to find the absolute value of the velocity to work out the speed). If we had to apply the power rule to y(t) to find its derivative, then we would find that the velocity is defined by the following function:

We can also plot the acceleration graph: 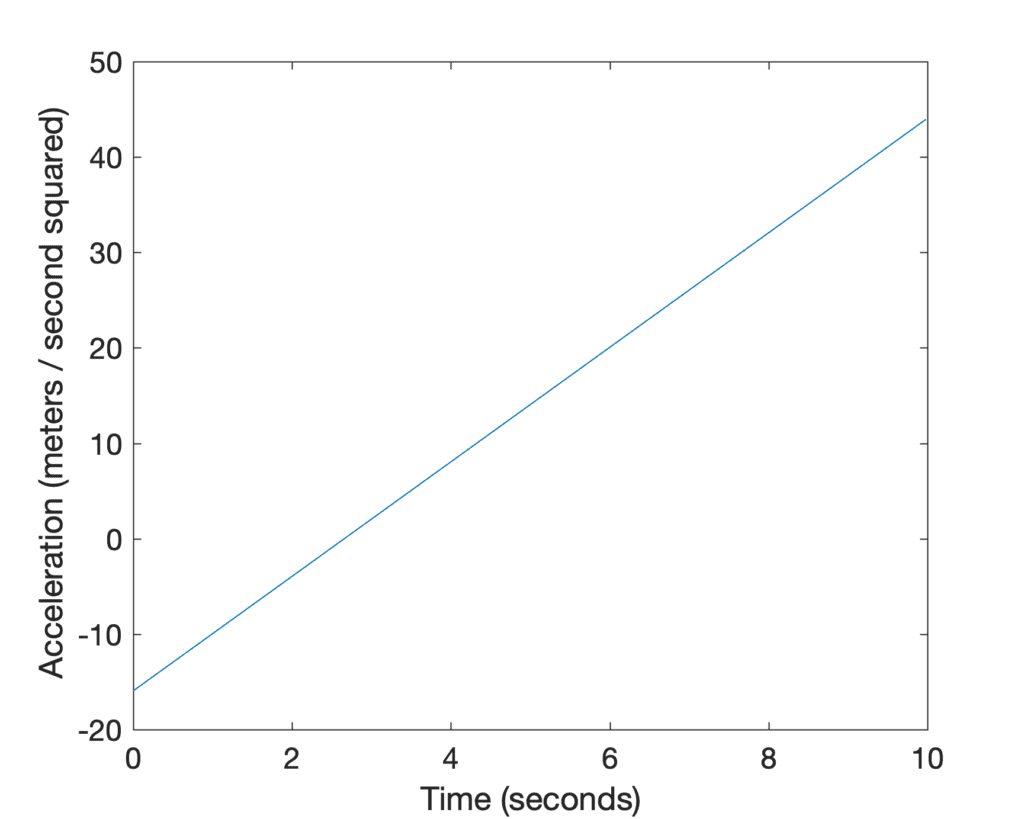 Line Plot of the Car’s Acceleration Against Time

Putting all functions together, we have the following:

If we substitute for t = 10s, we can use these three functions to find that by the end of the journey, the car has travelled 600m, its velocity is 180 m/s, and it is accelerating at 44 m/s2. We can verify that all of these values tally with the graphs that we have just plotted.

We have framed this particular example within the context of finding a car’s velocity and acceleration. But there is a plethora of real-life phenomena that change with time (or variables other than time), which can be studied by applying the concept of derivatives as we have just done for this particular example. To name a few:

Derivatives also provide salient information in solving optimization problems, as we shall be seeing next.

Applications of Derivatives in Optimization Algorithms

We had already seen that an optimization algorithm, such as gradient descent, seeks to reach the global minimum of an error (or cost) function by applying the use of derivatives.

Let’s take a closer look at what the derivatives tell us about the error function, by going through the same exercise as we have done for the car example.

For this purpose, let’s consider the following one-dimensional test function for function optimization:

We can plot these three functions for different values of x to visualize them: 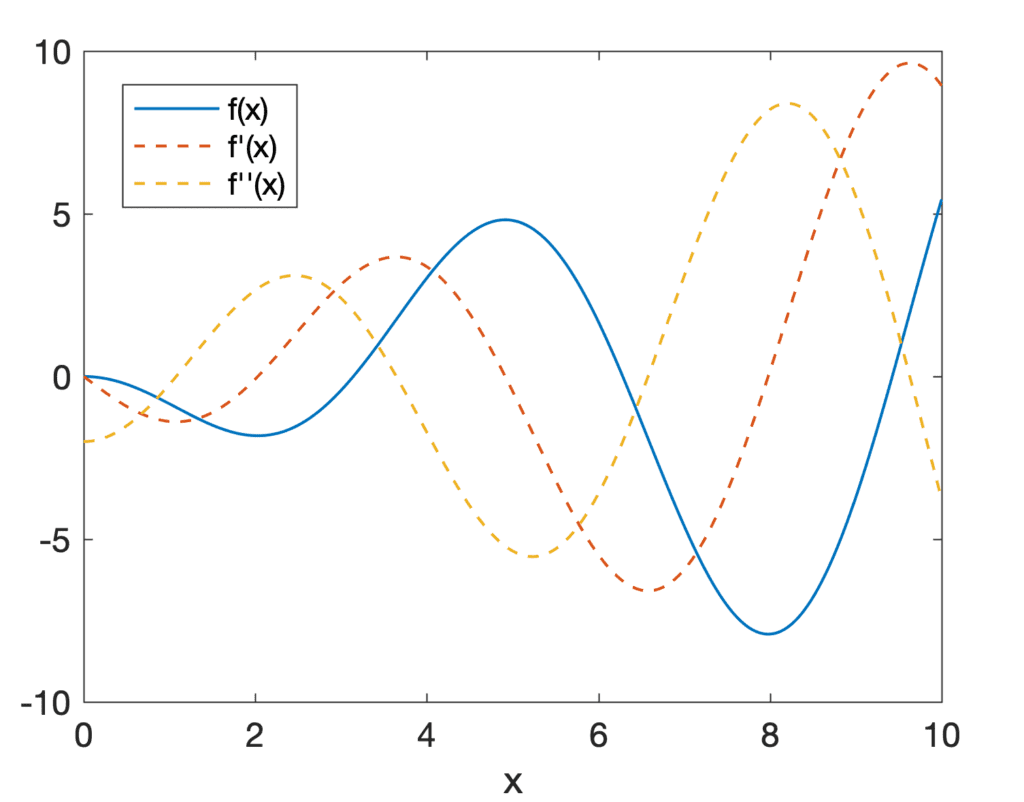 Similar to what we have observed earlier for the car example, the graph of the first derivative indicates how f(x) is changing and by how much. For example, a positive derivative indicates that f(x) is an increasing function, whereas a negative derivative tells us that f(x) is now decreasing. Hence, if in its search for a function minimum, the optimization algorithm performs small changes to the input based on its learning rate, ε:

Then the algorithm can reduce f(x) by moving to the opposite direction (by inverting the sign) of the derivative.

We can think of the second derivative as measuring curvature.

In this tutorial, you discovered different applications of derivatives.

2 Responses to Applications of Derivatives