By Jason Brownlee on March 4, 2019 in Start Machine Learning

Supervised machine learning is often described as the problem of approximating a target function that maps inputs to outputs.

This description is characterized as searching through and evaluating candidate hypothesis from hypothesis spaces.

The discussion of hypotheses in machine learning can be confusing for a beginner, especially when “hypothesis” has a distinct, but related meaning in statistics (e.g. statistical hypothesis testing) and more broadly in science (e.g. scientific hypothesis).

In this post, you will discover the difference between a hypothesis in science, in statistics, and in machine learning. 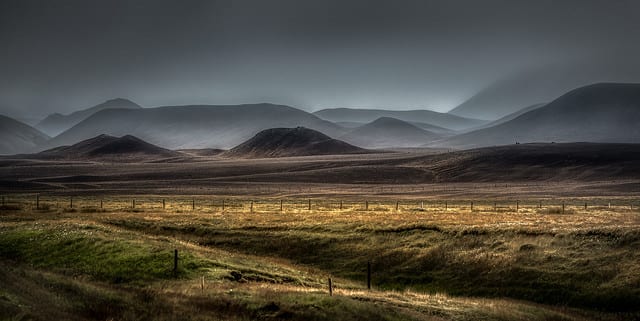 A Gentle Introduction to Hypotheses in Machine Learning
Photo by Bernd Thaller, some rights reserved.

What Is a Hypothesis?

A hypothesis is an explanation for something.

It is a provisional idea, an educated guess that requires some evaluation.

A good hypothesis is testable; it can be either true or false.

… not any hypothesis will do. There is one fundamental condition that any hypothesis or system of hypotheses must satisfy if it is to be granted the status of a scientific law or theory. If it is to form part of science, an hypothesis must be falsifiable.

A good hypothesis fits the evidence and can be used to make predictions about new observations or new situations.

The hypothesis that best fits the evidence and can be used to make predictions is called a theory, or is part of a theory.

What Is a Hypothesis in Statistics?

Much of statistics is concerned with the relationship between observations.

Statistical hypothesis tests are techniques used to calculate a critical value called an “effect.” The critical value can then be interpreted in order to determine how likely it is to observe the effect if a relationship does not exist.

For example, we may be interested in evaluating the relationship between the means of two samples, e.g. whether the samples were drawn from the same distribution or not, whether there is a difference between them.

One hypothesis is that there is no difference between the population means, based on the data samples.

This is a hypothesis of no effect and is called the null hypothesis and we can use the statistical hypothesis test to either reject this hypothesis, or fail to reject (retain) it. We don’t say “accept” because the outcome is probabilistic and could still be wrong, just with a very low probability.

… we develop a hypothesis and establish a criterion that we will use when deciding whether to retain or reject our hypothesis. The primary hypothesis of interest in social science research is the null hypothesis

If the null hypothesis is rejected, then we assume the alternative hypothesis that there exists some difference between the means.

Statistical hypothesis tests don’t comment on the size of the effect, only the likelihood of the presence or absence of the effect in the population, based on the observed samples of data.

What Is a Hypothesis in Machine Learning?

Machine learning, specifically supervised learning, can be described as the desire to use available data to learn a function that best maps inputs to outputs.

Technically, this is a problem called function approximation, where we are approximating an unknown target function (that we assume exists) that can best map inputs to outputs on all possible observations from the problem domain.

An example of a model that approximates the target function and performs mappings of inputs to outputs is called a hypothesis in machine learning.

Learning for a machine learning algorithm involves navigating the chosen space of hypothesis toward the best or a good enough hypothesis that best approximates the target function.

Learning is a search through the space of possible hypotheses for one that will perform well, even on new examples beyond the training set.

This framing of machine learning is common and helps to understand the choice of algorithm, the problem of learning and generalization, and even the bias-variance trade-off. For example, the training dataset is used to learn a hypothesis and the test dataset is used to evaluate it.

The choice of algorithm and algorithm configuration involves choosing a hypothesis space that is believed to contain a hypothesis that is a good or best approximation for the target function. This is very challenging, and it is often more efficient to spot-check a range of different hypothesis spaces.

It is a hard problem and we choose to constrain the hypothesis space both in terms of size and in terms of the complexity of the hypotheses that are evaluated in order to make the search process tractable.

There is a tradeoff between the expressiveness of a hypothesis space and the complexity of finding a good hypothesis within that space.

We can summarize the three definitions again as follows:

We can see that a hypothesis in machine learning draws upon the definition of a hypothesis more broadly in science.

Just like a hypothesis in science is an explanation that covers available evidence, is falsifiable and can be used to make predictions about new situations in the future, a hypothesis in machine learning has similar properties.

A hypothesis in machine learning:

Did this post clear up your questions about what a hypothesis is in machine learning?
Let me know in the comments below.

In this post, you discovered the difference between a hypothesis in science, in statistics, and in machine learning.

44 Responses to What is a Hypothesis in Machine Learning?