By Jason Brownlee on January 8, 2014 in Machine Learning Process

It is good practice to have reproducible outcomes in software projects. It might even be standard practice by now, I hope it is.

You can take any developer off the street and they should be able to follow your process to check out the code base from revision control and make a build of the software ready to use. Even better if you have a procedure for setting up an environment and for releasing the software to users/operational environments.

As a programmer and a developer you already have the tools and the process to leap ahead, if you have the discipline. 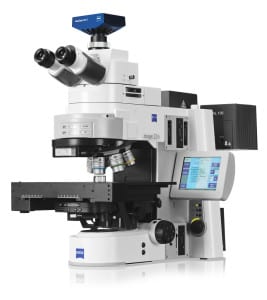 Reproducibility of Results in Computational Sciences

Reproducibility of experiments is one of the main principles of the scientific method. You write up what you did but other scientists don’t have to take your word for it, they follow the same process and expect to get the same result.

Work in the computational sciences involves code, running on computers that reads and writes data. Experiments that report results that do not clearly specify any of these elements are very likely not easily reproducible. If the experiment cannot be reproduced, then what value is the work.

This was an article in PLoS Computational Biology in 2013 by Geir Kjetil Sandve, Anton Nekrutenko, James Taylor and Eivind Hovig. In the paper, the authors list simple 10 rules that if followed are expected to result in more accessible (reproducible!?) computational research. The rules have been summarized below.

The authors are commenting from the field of computational biology. Nevertheless, I would argue the rules do not go far enough. I find them descriptive and I would be a lot more prescriptive.

If you are developer familiar with professional process, you mind should be buzzing with how useful dependency management, build systems, markup systems for documents that can execute embedded code, and continuous integration tools could really bring some rigor.

An article by Jill Mesirov published in Science magazine in 2010. In this short article the author introduces a terminology for systems that facilitate reproducible computational research by scientists, specifically:

A prototype system is described that was developed for Gene Expression analysis experiments called the GenePattern-Word RRS.

Again, looking through the eyes of software development and the tools available, the RRE sounds like revision control plus a build system with dependency management plus a continuous integration server. The RRP sounds like a markup system with linking and a build process.

An invitation to reproducible computational research

This was a paper written by David Donoho in Biostatistics, 2010. This is a great paper, I really agree with the points it makes. For example:

“Computational reproducibility is not an afterthought — it is something that must be designed into a project from the beginning.”

I could not articulate it clearer myself. In the paper, the author lists the benefits for building reproducibility into computational research. For the researcher the benefits are:

The benefits the author lists for the taxpayer that funds the research are:

I made some of the same arguments to colleagues off the cuff and it is fantastic to be able to point to this paper that does a much better job of making a case.

Published in Computing in Science & Engineering, 2000 by Matthias Schwab, Martin Karrenbach and Jon Claerbout. The opening sentences of this paper are terrific:

“Commonly research involving scientific computations are reproducible in principle but not in practice. The published documents are merely the advertisement of scholarship whereas the computer programs, input data, parameter values, etc. embody the scholarship itself. Consequently authors are usually unable to reproduce their own work after a few months or years.”

The paper describes the standardization of computational experiments through the adoption of GNU make, standard project structure and the distribution of experimental project files on the web. These practices were standardized in the Stanford Exploration Project (SEP).

The motivating problem addressed by the adoption was the loss of programming effort when a graduate student left the group because of the inability to reproduce and build upon experiments.

The ideas of a standard project structure and build system seem so natural to a developer.

Reproducibility by Default in Machine Learning

The key point I want to make is to not disregard the excellent practices that have built up to standard in software development when starting in the field of machine learning. Use them and build upon them.

Use a Continuous Integration server to run your test harness often (daily or hourly). 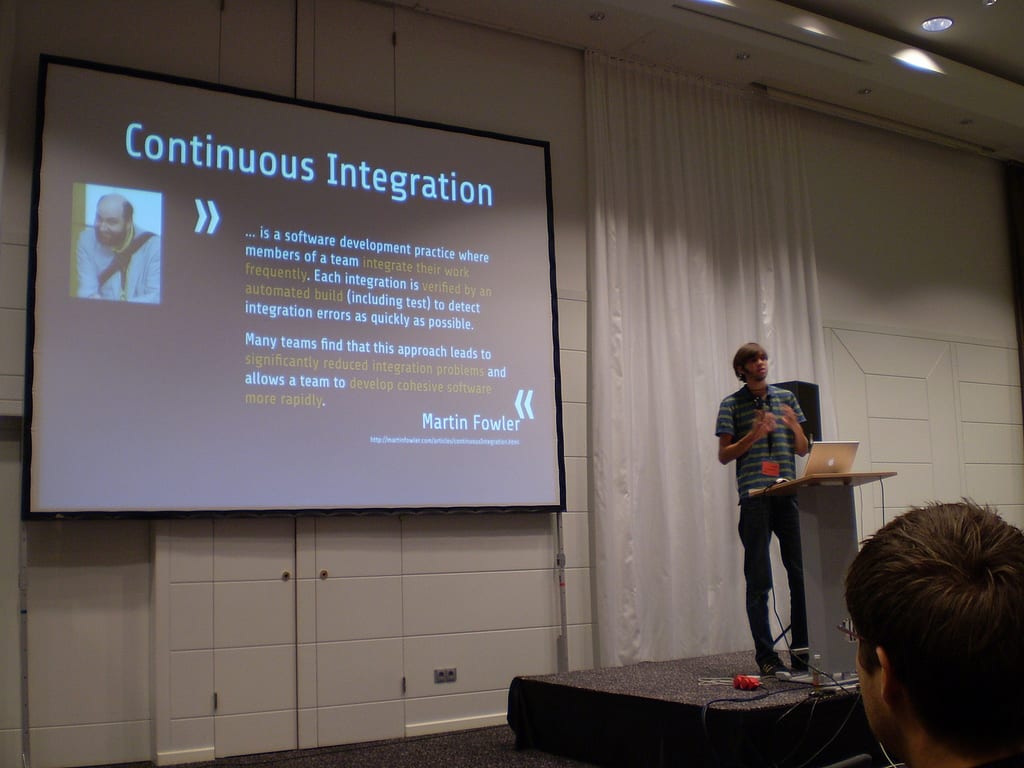 I have conditions in my test harness to check for the existence of output products and create them if they are missing. That means that each time I run the harness, only things that have changed or results that are missing are computed. This means I can let my imagination run wild and keep adding algorithms, data transforms and all manner of crazy ideas to the harness and some server somewhere will compute missing outputs on the next run for me to evaluate.

This disconnect I impose between idea generation and result evaluation really speeds up progress on a project.

I find a bug in my harness, I delete the results and rebuild them all again with confidence on the next cycle.

In this post you have learned that the practice of machine learning is project work with source data, code, computations with intermediate work product and output work products. There also likely all manner of things in between.

If you manage a machine learning project like a software project and reap the benefits of reproducibility by default. You will also get added benefits of speed and confidence which will result in better outcomes.

If you would like to read further on these issues, I have listed the resources used in the research of this post below.

Have you encountered the challenge of reproducible machine learning projects? Do you have idea of other tools of software development that could aid in this cause? Leave a comment and share your experiences.