By Jason Brownlee on December 23, 2015 in Start Machine Learning

Do you want some tips and tricks that are useful in developing successful machine learning applications?

This is the subject of a journal article from 2012 titled “A Few Useful Things to Know about Machine Learning” (PDF) by University of Washing professor Pedro Domingos.

It’s an in interesting read with a great opening hook:

This post summarizes the 12 key lessons learned by machine learning researchers and practitioners outlined in his article. 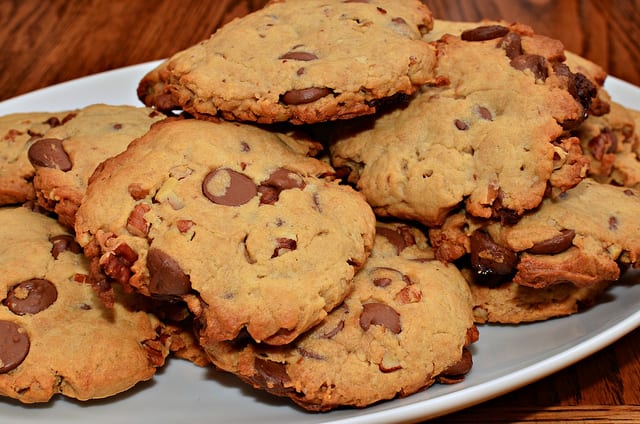 Useful Things To Know About Machine Learning
Photo by jeffreyw, some rights reserved.

The fundamental goal of machine learning is to generalize beyond the examples in the training set.

Be careful not to contaminate the training process with test data. Use cross validation on the training dataset and create a hold-out set for final validation.

We have to use training error as a surrogate for test error, and this is fraught with danger.

3. Data alone is not enough

Data alone is not enough regardless of how much you have.

Every learner must embody some knowledge or assumptions beyond the data it’s given in order to generalize beyond it.

We must make assumptions. These create biases, but allow us to avoid the trap of no free lunch and assuming nothing about the problem we are working.

The simple assumptions we make in our classifiers take us a long way, such as:

Machine learning is not magic; it can’t get something from nothing. What it does is get more from less.

4. Overfitting has many faces

We must be waring of learning the random fluctuations in training data. This is called overfitting and can be recognized when accuracy is high on the training data and low on the testing dataset.

Generalization error can be decomposed into bias and variance:

Sometimes a strong false assumptions (read bias) can be better than weak true assumptions, explaining why naive Bayes with strong independence assumptions can do better than powerful decision trees like C4.5 that require more data to avoid overfitting.

It’s easy to avoid overfitting (variance) by falling into the opposite error of underfitting (bias). Simultaneously avoiding both requires learning a perfect classifier, and short of knowing it in advance there is no single technique that will always do best (no free lunch).

For more, see the Wikipedia entry on the Bias-variance tradeoff.

The second biggest problem in machine learning is the curse of dimensionality.

Generalizing correctly becomes exponentially harder as the dimensionality (number of features) of the examples grows, because a fixed-size training set covers a dwindling fraction of the input space.

Similarity-based reasoning breaks down quickly in high-dimensionality space. In high dimensions all examples look alike. Our intuitions also break down, such as trying to understand the mean in a multivariate Gaussian distribution.

The effect that counter acts this problems is called the “blessing of non-uniformity” (Domingos’s term I think). This refers to the fact that observations from real-world domains are often not distributed uniformly, but grouped or clustered in useful and meaningful ways.

6. Theoretical guarantees are not what they seem

Theoretical guarantees should be taken with a large grain of salt.

If you are not from an theoretical machine learning background, this lesson may seem esoteric. Domongos summarizes it well:

The main role of theoretical guarantees in machine learning is not as a criterion for practical decisions, but as a source of understanding and driving force for algorithm design.

7. Feature engineering is the key

The factor that makes the biggest difference between machine learning projects that fail and succeed it is the features used.

machine learning is not a one-shot process of building a data set and running a learner, but rather an iterative process of running the learner, analyzing the results, modifying the data and/or the learner, and repeating

Raw data is often does not contain enough structure for the learning algorithms, features must be constructed from the data available to better expose the structure to the algorithms. As such feature engineering is often domain specific.

One approach is to generate a large number of features and select those that best correlate with the class. This can work well, but a trap is to ignore the possibility of useful intra-feature non-linear relationships with the output variable.

For more on feature engineering see the post: Discover Feature Engineering, How to Engineer Features and How to Get Good at It

When you reach a limit and still need better results, you have two options:

The quickest path to better results is often to get more data.

As a rule of thumb, a dumb algorithm with lots and lots of data beats a clever one with modest amounts of it.

Computer science is constrained by time and memory, machine learning adds a third constraint which is training data.

Today we often have more data than we can use. Complex classifiers can take too long to train or do not work well at scale. This means more often than not simpler classifiers are used in practice. Also, at scale, most classifiers achieve very similar results.

All learners essentially work by grouping nearby examples into the same class; the key difference is in the meaning of “nearby.”

As a rule, use simpler algorithms before more complex algorithms. Look at complexity in terms of the number of parameters or terms used by the algorithm.

9. Learn many models, not just one

Don’t pick a favorite algorithm and optimize it to hell on your problem. Try lots of different algorithms then ensemble them together to get the best results.

In the early days of machine learning, everyone had their favorite learner, together with some a priori reasons to believe in its superiority.

Consider taking a closer took at the three most popular ensemble methods:

10. Simplicity does not imply accuracy

Choosing the simpler of two classifiers with the same training error is a good rule of thumb. The simpler classifier does not always have the best accuracy on the test dataset.

A perhaps more interesting perspective is to consider complexity in terms of the size of the hypothesis space for each classifier. That is the space of possible classifiers that each algorithm could generate. A larger space is likely to be sampled less and the resulting classifier may be less likely to have been overfit to the training data.

The conclusion is that simpler hypotheses should be preferred because simplicity is a virtue in its own right, not because of a hypothetical connection with accuracy.

11. Representable does not imply learnable

Related to picking favorite algorithms, practitioners can fall into the trap of picking favorite representations and justify it with theoretical claims of universal approximation (e.g. it can be used to approximate any arbitrary target function).

Given finite data, time and memory, standard learners can learn only a tiny subset of all possible functions, and these subsets are different for learners with different representations.

Focus on the problem of can the target function be learned, not can it be represented.

12. Correlation does not imply causation

Classifiers can only learn correlations. They are statistical in nature.

The predictions made by predictive models are intended to aid human decision making in complex domains where only historical observations are available and controlled experiments are not possible.

Interestingly, correlation can be a guide to causation, and could be used as a starting point for investigation.

In this post we looked at the 12 lessons learned by machine learning researchers and practitioners outlined in Domingos’ 2012 paper.

Those lessons again were:

You can download a PDF the original paper titled “A Few Useful Things to Know about Machine Learning“.

Domingos is also the author of an online machine learning course on coursera titled “Machine Learning“, presumably recorded at the University of Washington. All of the videos to the course can be viewed for free by clicking the “Preview Lectures” button.

Finally, Domingos has a new book titled “The Master Algorithm: How the Quest for the Ultimate Learning Machine Will Remake Our World“. My copy arrived today.

3 Responses to Useful Things To Know About Machine Learning