By Jason Brownlee on January 26, 2018 in Linear Algebra

What is Linear Algebra?

Linear algebra is a field of mathematics that is universally agreed to be a prerequisite to a deeper understanding of machine learning.

Although linear algebra is a large field with many esoteric theories and findings, the nuts and bolts tools and notations taken from the field are practical for machine learning practitioners. With a solid foundation of what linear algebra is, it is possible to focus on just the good or relevant parts.

In this tutorial, you will discover what exactly linear algebra is from a machine learning perspective. 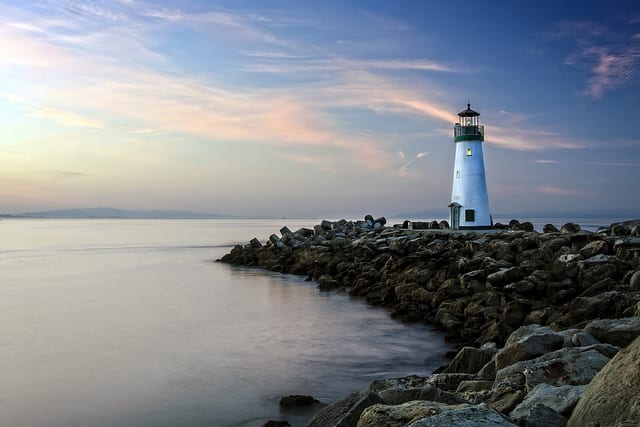 A Gentle Introduction to Linear Algebra
Photo by Steve Corey, some rights reserved.

It is a relatively young field of study, having initially been formalized in the 1800s in order to find unknowns in systems of linear equations. A linear equation is just a series of terms and mathematical operations where some terms are unknown; for example:

Equations like this are linear in that they describe a line on a two-dimensional graph. The line comes from plugging in different values into the unknown x to find out what the equation or model does to the value of y.

We can line up a system of equations with the same form with two or more unknowns; for example:

Problems of this form are generally challenging to solve because there are more unknowns (here we have 2) than there are equations to solve (here we have 3). Further, there is often no single line that can satisfy all of the equations without error. Systems describing problems we are often interested in (such as a linear regression) can have an infinite number of solutions.

This gives a small taste of the very core of linear algebra that interests us as machine learning practitioners. Much of the rest of the operations are about making this problem and problems like it easier to understand and solve.

It is more than just the implementation of linear algebra operations in code libraries; it also includes the careful handling of the problems of applied mathematics, such as working with the limited floating point precision of digital computers.

Computers are good at performing linear algebra calculations, and much of the dependence on Graphical Processing Units (GPUs) by modern machine learning methods such as deep learning is because of their ability to compute linear algebra operations fast.

Often, when you are calculating linear algebra operations directly or indirectly via higher-order algorithms, your code is very likely dipping down to use one of these, or similar linear algebra libraries. The name of one of more of these underlying libraries may be familiar to you if you have installed or compiled any of Python’s numerical libraries such as SciPy and NumPy.

Linear algebra is a valuable tool in other branches of mathematics, especially statistics.

Usually students studying statistics are expected to have seen at least one semester of linear algebra (or applied algebra) at the undergraduate level.

The impact of linear algebra is important to consider, given the foundational relationship both fields have with the field of applied machine learning.

Some clear fingerprints of linear algebra on statistics and statistical methods include:

As you can see, modern statistics and data analysis, at least as far as the interests of a machine learning practitioner are concerned, depend on the understanding and tools of linear algebra.

In his classical book on the topic titled “Introduction to Linear Algebra“, Gilbert Strang provides a chapter dedicated to the applications of linear algebra. In it, he demonstrates specific mathematical tools rooted in linear algebra. Briefly they are:

Another interesting application of linear algebra is that it is the type of mathematics used by Albert Einstein in parts of his theory of relativity. Specifically tensors and tensor calculus. He also introduced a new type of linear algebra notation to physics called Einstein notation, or the Einstein summation convention.

Are you looking for some help to get started with linear algebra, then take a look at some of these tutorials:

In this tutorial, you discovered a gentle introduction to linear algebra from a machine learning perspective. 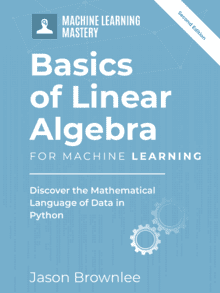 28 Responses to A Gentle Introduction to Linear Algebra