By Jason Brownlee on June 23, 2017 in Long Short-Term Memory Networks

Backpropagation Through Time, or BPTT, is the training algorithm used to update weights in recurrent neural networks like LSTMs.

In this post, you will get a gentle introduction to Backpropagation Through Time intended for the practitioner (no equations!). 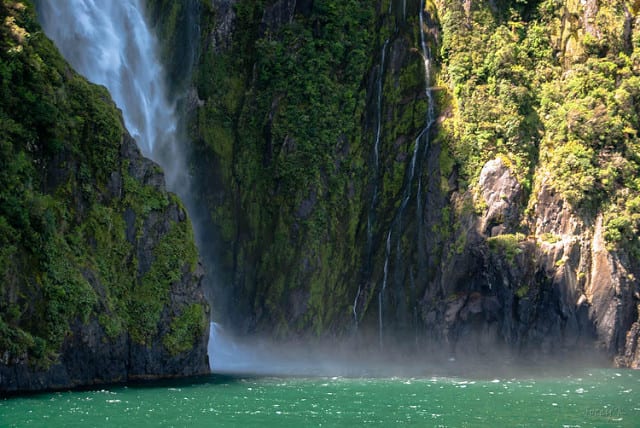 A Gentle Introduction to Backpropagation Through Time
Photo by Jocelyn Kinghorn, some rights reserved.

It is this latter understanding of backpropagation that we are using here.

The goal of the backpropagation training algorithm is to modify the weights of a neural network in order to minimize the error of the network outputs compared to some expected output in response to corresponding inputs.

It is a supervised learning algorithm that allows the network to be corrected with regard to the specific errors made.

The general algorithm is as follows:

The Backpropagation training algorithm is suitable for training feed-forward neural networks on fixed-sized input-output pairs, but what about sequence data that may be temporally ordered?

Backpropagation Through Time, or BPTT, is the application of the Backpropagation training algorithm to recurrent neural network applied to sequence data like a time series.

A recurrent neural network is shown one input each timestep and predicts one output.

Conceptually, BPTT works by unrolling all input timesteps. Each timestep has one input timestep, one copy of the network, and one output. Errors are then calculated and accumulated for each timestep. The network is rolled back up and the weights are updated.

Spatially, each timestep of the unrolled recurrent neural network may be seen as an additional layer given the order dependence of the problem and the internal state from the previous timestep is taken as an input on the subsequent timestep.

BPTT can be computationally expensive as the number of timesteps increases.

If input sequences are comprised of thousands of timesteps, then this will be the number of derivatives required for a single update weight update. This can cause weights to vanish or explode (go to zero or overflow) and make slow learning and model skill noisy.

Truncated Backpropagation Through Time, or TBPTT, is a modified version of the BPTT training algorithm for recurrent neural networks where the sequence is processed one timestep at a time and periodically (k1 timesteps) the BPTT update is performed back for a fixed number of timesteps (k2 timesteps).

Ilya Sutskever makes this clear in his dissertation:

Truncated backpropagation is arguably the most practical method for training RNNs.

One of the main problems of BPTT is the high cost of a single parameter update, which makes it impossible to use a large number of iterations.

The cost can be reduced with a naive method that splits the 1,000-long sequence into 50 sequences (say) each of length 20 and treats each sequence of length 20 as a separate training case. This is a sensible approach that can work well in practice, but it is blind to temporal dependencies that span more than 20 timesteps.

Truncated BPTT is a closely related method. It processes the sequence one timestep at a time, and every k1 timesteps, it runs BPTT for k2 timesteps, so a parameter update can be cheap if k2 is small. Consequently, its hidden states have been exposed to many timesteps and so may contain useful information about the far past, which would be opportunistically exploited.

The TBPTT algorithm requires the consideration of two parameters:

To make this clearer:

…one can use a bounded-history approximation to it in which relevant information is saved for a fixed number h of time steps and any information older than that is forgotten. In general, this should be regarded as a heuristic technique for simplifying the computation, although, as discussed below, it can sometimes serve as an adequate approximation to the true gradient and may also be more appropriate in those situations where weights are adjusted as the network runs. Let us call this algorithm truncated backpropagation through time. With h representing the number of prior time steps saved, this algorithm will be denoted BPTT(h).

The key feature of this algorithm is that the next backward pass is not performed until time step t + h0; in the intervening time the history of network input, network state, and target values are saved in the history buffer, but no processing is performed on this data. Let us denote this algorithm BPTT(h; h0). Clearly BPTT(h) is the same as BPTT(h; 1), and BPTT(h; h) is the epochwise BPTT algorithm.

We can borrow the notation from Williams and Peng and refer to different TBPTT configurations as TBPTT(k1, k2).

Using this notation, we can define some standard or common approaches:

Note, here n refers to the total number of timesteps in the sequence:

We can see that all configurations are a variation on TBPTT(n,n) that essentially attempt to approximate the same effect with perhaps faster training and more stable results.

Canonical TBPTT reported in papers may be considered TBPTT(k1,k2), where k1=k2=h and h<=n, and where the chosen parameter is small (tens to hundreds of timesteps).

In libraries like TensorFlow and Keras, things look similar and h defines the vectorized fixed length of the timesteps of the prepared data.

This section provides some resources for further reading.

In this post, you discovered the Backpropagation Through Time for training recurrent neural networks.

Do you have any questions about Backpropagation Through Time?
Ask your questions in the comments below and I will do my best to answer.

35 Responses to A Gentle Introduction to Backpropagation Through Time